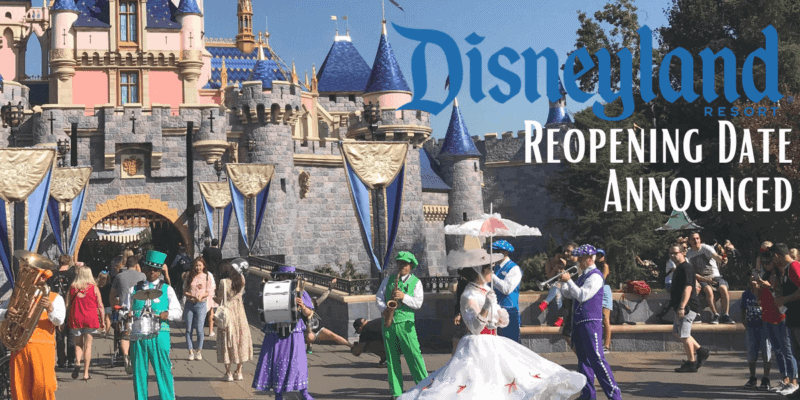 On Wednesday, March 17, following a year-long closure, The Walt Disney Company confirmed that the theme parks of the Disneyland Resort will reopen on April 30!

The Anaheim, California theme park was originally scheduled to reopen on July 17, 2020, it’s 65th Anniversary. However, due to the state of California’s COVID-19 guidelines, that date was pushed back.

Related: Disneyland Is Allowed to Reopen in Just WEEKS!

On March 5, 2020, however, California Governor Gavin Newsom and health secretary Dr. Mark Ghaly announced a “Blueprint refresh” that allowed for all theme parks in the State of California to begin reopening in tier 2 of the state’s Blueprint for a Safer Economy.

After being closed for more than one year, magic is finally returning to the Disneyland Resort theme parks! Disneyland park and Disney California Adventure park are planning to officially reopen to the public on April 30, with limited capacity.

Disney also shared the following details regarding the phased reopening of the Disneyland Resort hotels:

The Disneyland Resort theme parks will reopen to California residents only for the time being — read more here.

Both Disneyland Park and Disney California Adventure theme park closed on March 14, 2020. Disneyland is the only one of Disney’s six global theme park properties that has not reopened. The Downtown Disney District did, however, begin its phased reopening process on July 9, 2020.

Leading up to the reopening announcement, Disney confirmed that a food and shopping event called A Touch of Disney will occur from March 18 through April 18 at DCA.

You can find more information about Disneyland Resort operations on the official website here.

We will continue to update Inside the Magic with more Disneyland Resort reopening news as it becomes available. The ITM team is so excited to return to the magic of Disneyland with you!

Are you a former Disneyland Resort Annual Passholder? Are you looking forward to the official reopening of Disneyland and Disney California Adventure?

Click here to work with an Authorized Disney Vacation Planner on your next trip to Disneyland Resort!