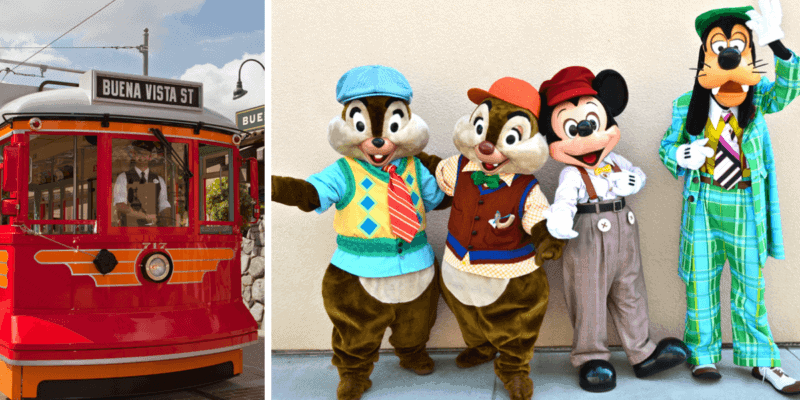 How It Was Done at Walt Disney World

Upon reopening in July, Walt Disney World reimagined their character experiences to abide by social distancing protocols and other safety measures — even though we can’t hug our favorite characters during a Disney vacation right now, we’re still able to say hello from afar. At Magic Kingdom, there are Disney Princess royal waves from the railroad station and periodic unique character cavalcades. A modified character dining experience has even brought in socially distanced “Hellos” during character meals. Each of these modified experiences are usually done with some sort of barrier between the Disney character Cast Members and theme park Guests.

But, it all started at Disney Springs, which is Disney World’s version of Downtown Disney. When Disney Springs reopened, Star Wars Stormtroopers were seen on guard up on a Disney Springs balcony. Perhaps they were around to enforce all the health and safety measures! This got us thinking about whether we could have a character greeting like this at Downtown Disney and Disney California Adventure’s Buena Vista Street.

How And Where it Could be Done at Disneyland

Well, now that Disney California Adventure has opened Buena Vista Street as an extension of the Downtown Disney District, there are more options as to locations where socially distanced Disney character experiences could potentially occur before the theme parks officially reopen. The Disneyland App has a “Characters” section that show Guests where they can typically meet characters in the park — and that could be used to show where and when characters would appear, as these spots aren’t as obviously visible as they tend to be at Disney World.

The balcony of Carthay Circle or the Red Car Trolley that’s parked in Hollywood Land could be a great place to start. Just imagine Mickey and Friends in their old Hollywood costumes waving at you. My heart feels so warm thinking about it and it’s a more accessible location that’s easily seen! At Smokejumpers Grill, the outdoor seating area is fenced in and it could be closed off periodically for Guests to come say hello. Photos were captured of the gates being open to Avengers Campus and that could have some new locations to say hello to the superheroes we’ve been waiting to meet.

More possibilities could be coming soon as well with the Grand Californian Villas reopening again. Balconies overlooking Disney California Adventure and Downtown Disney District could be used for characters to wave from. Speaking of balconies, Ralph Brennan’s Jazz Kitchen has a balcony that could be used for the same. How awesome would it be to be snacking on beignets with Princess Tiana and Prince Naveen chatting with you from the balcony? Since this isn’t Disney-owned, it would certainly be a rare sight. But we’d love for something like that to happen!

Why It’s a Good Idea to Bring Back Disneyland Characters

Slowly integrating some of the experiences that we miss and reimagining them is the best way for Disneyland to keep moving forward as it works through when and how they will reopen. We all miss the magic of interaction with Disney characters, and we’re sure that the character performer/s for each Disney character misses making that magic for Guests, too. With so many layoffs at Disneyland, this is a great way to bring back some of the Cast Members.

Disney hasn’t mentioned making this happen, or even if it would be allowed, but since it has happened at Disney World, we’re definitely excited about the possibility.

What do you think? Tell us in the comments!