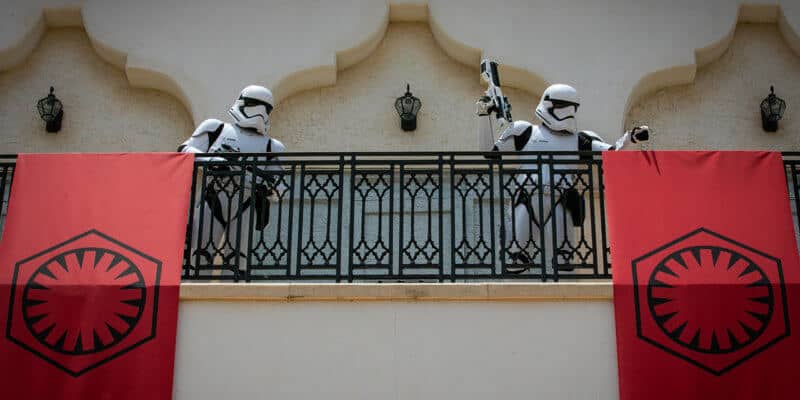 It’s been quite an exciting time for Disney Properties in the U.S.! Not only are more stores reopening at Walt Disney World’s shopping and entertaining district, Disney Spring, but we finally got the news we had been hoping for! The resort submitted plans to reopen with dates that got approved for all four theme parks; Magic Kingdom, EPCOT, Disney’s Animal Kingdom, and Disney’s Hollywood Studios. 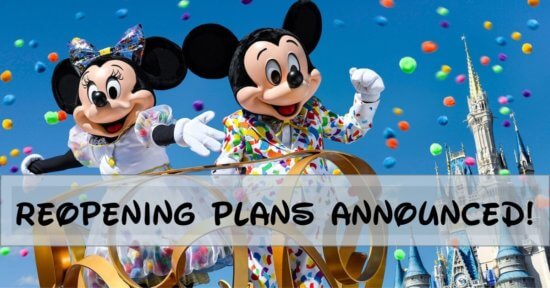 Guests are very eager to return to the magic, and Disney Springs‘ repening showed proof of it! We visited Disney Springs to experience the reopening of World of Disney among other Disney-owned and operated stores and were met with very long lines and crowds of Disney fans trying to get back into the magic… of Disney shopping!

As Disney fans know, it’s not a true Disney experience without some Disney magic! Even when dealing with long lines and crowds. So, of course, Disney delivered.

In a balcony not so far far away from World of Disney, two Stormtroopers appeared to make sure guests were behaving, following social distancing, and wearing their masks. And beware to those not listening. They were called out from above.

Check out this video ITM reporter Emille was able to capture:

Stormtroopers showed up to keep the crowds in line at Disney Springs today as the shopping district reopened World of Disney among other Disney-owned and operated stores.

According to the Disney Parks Blog, “they’re stationed on some balconies these days. If you do see them, it’s probably best to snap a photo from afar and “move along,” as Stormtroopers may not appreciate you getting too close. And, if you’re feeling particularly brave, sport some of the Resistance gear you may have picked up on a visit to Batuu! Of course, if you’re more of a First Order sympathizer and want to fly those colors … well, the Stormtroopers will appreciate that…”.

May the force be with all the guests venturing out to Disney Springs in the near future!

Will you be visiting Disney Springs soon? What are you most looking forward to? Let us know in the comments below. And don’t forget to keep your eye on Inside the Magic for the latest in Disney news and magical content. See ya real soon!