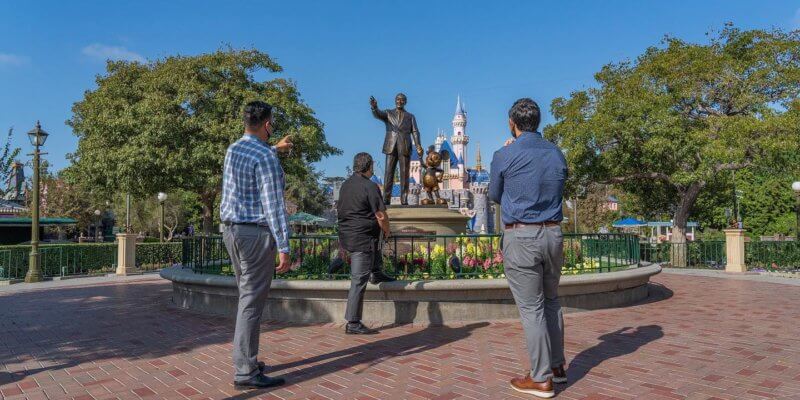 Theme parks in California received some positive reopening news today. All parks — large and small — are now allowed to reopen in the red tier, tier 2, to 15% capacity and for California residents only. Since Orange County, where Disneyland Resort is located, could reach the red tier very soon, the Disneyland and Disney California Adventure theme parks could reopen in just weeks.

Get the Latest: Disneyland Is Allowed to Reopen in Just WEEKS!

Here is what the Disneyland President had to say:

The California Attractions and Parks Association — which represents theme parks, amusement parks, zoos, and other attractions across the state, including Universal Studios Hollywood and Disneyland Resort — also shared a statement.

“We appreciate the administration’s willingness to work with the state’s theme parks on the finer details of the plan so parks can responsibly reopen soon, putting people safely back to work and reinvigorating local economies,” said California Attractions and Parks Association Executive Director Erin Guerrero.

“Our Disney cast members are heartened by this good news today that the Disney parks will be reopening in a month,” UFCW Local 324 president Andrea Zinder said in a statement, according to the OC Register. “They have been furloughed or out of a job for a year now and are excited to go back to work to provide Californians with a bit more magic in their lives. Our priority will be to continue to work closely with the governor and Disney to ensure our members are kept safe from COVID-19 infections on the job as the parks reopen.”

As we reported, this update to the theme park reopening guidelines comes not long after a bill to reopen all theme parks in tier 3 — AB-420 — was introduced and gained the support of both Anaheim (where the Disneyland Resort is located) and Los Angeles County (where Universal Studios Hollywood is located). Now, we know that all theme parks, regardless of size, can reopen in tier 2, though restrictions are a lot tighter.

This news also comes one day after tickets for Disneyland Resort’s new event at Disney California Adventure Park — A Touch of Disney — completely sold out through April 18.

Although the Southern California Disney theme parks may reopen as early as April 1 if Orange County reaches tier 2, the red tier, it is unclear when exactly Disneyland Resort will actually decide to open. This means that the resort may finish all dates for A Touch of Disney, close up the park, and reopen Disneyland and Disney California Adventure all at once as early as late April. Or, they may go with another plan. For now, the exact timeline is unknown and Disney has not yet shared a reopening date for Disneyland Park and Disney California Adventure Park, but we will update you when more information is provided.

View the latest information on theme park and resort operations and health and safety protocol on the official Disneyland Resort website here.

What do you think of this Disneyland Resort reopening news? Let us know in the comments!