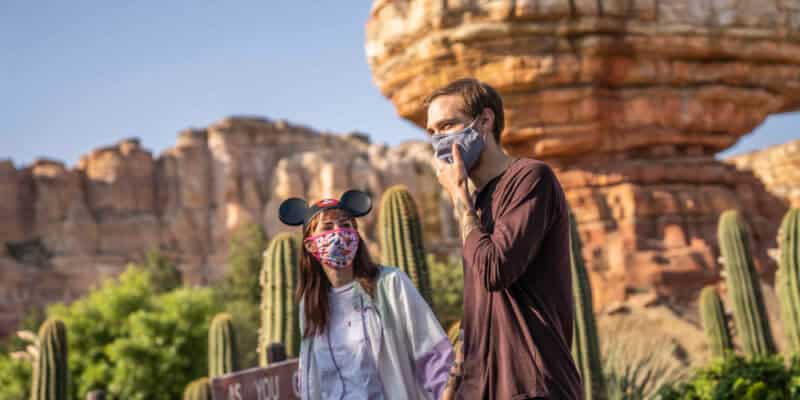 Much to California theme park fans’ excitement, tickets are going on sale for the new Disneyland Resort event, A Touch of Disney, at Disney California Adventure Park.

We have published a number of articles with information about A Touch of Disney, the all-new, limited-time, separately ticketed event starting March 18 at Disney California Adventure.

Click here to read more information on the official Disney Park webpage for A Touch of Disney.

In other news, the bill to reopen California theme parks in the Blueprint For a Safer Economy’s tier 3 instead of tier 4 (Assembly Bill 420) can be heard in committee on March 7 and therefore could be making progress very soon.

California legislators and state officials are seeking to expedite theme park reopenings so that all theme parks and amusement parks in California can reopen in tier 3, regardless of their size. This would mean that theme parks like Disneyland Resort in Orange County and Universal Studios Hollywood in Los Angeles County could potentially reopen as soon as April, if the bill passes.

Both the Anaheim City Council and the LA County Board of Supervisors have voiced their support for AB 420, a bipartisan bill sponsored by assemblymembers Sharon Quirk-Silva and Suzette Valladares. The California Attractions and Parks Association — which represents theme parks and amusement parks across California, including Disneyland and Disney California Adventure as well as Universal Studios Hollywood — has also advocated for the bill to pass so that all theme parks can reopen sooner rather than later.

At this time, California has separate reopening guidelines for large theme parks — defined as those with daily capacities over 15,000 — and small theme parks. Assembly Bill 420 seeks to remove this separation and allow all amusement park properties, regardless of size, to reopen in tier 3.

According to the bill, it may be heard in committee on March 7, so many theme park fans and supporters of the bill hope to get some good news regarding the reopening of California theme parks sometime soon. We’ll update our website when more information is released regarding the bill and the impact it may have on the reopening guidelines for large theme parks like Disney and Universal.

For more information on the current theme park reopening guidelines in California, read our article here.

Any Word From Universal Studios Hollywood?

So, what’s going on with Universal? Right now, we’re not so sure.

It appeared to many fans that the theme park destination was scheming to reopen for shopping and dining, much like other parks (Disney California Adventure at Disneyland Resort, Knott’s Berry Farm, etc.) have announced. However, to this day, Universal Studios Hollywood remains the only major theme park in Southern California that has not announced any sort of reopening, even just for food and retail. Six Flags Magic Mountain, Great America, and other amusement parks have also shared that they plan to reopen soon — but other than a few hints on social media, Universal Studios Hollywood has stayed silent on any upcoming plans.

Feeling good about this week.

Feeling good about this week.

For now, just like the Downtown Disney District, Universal CityWalk Hollywood remains open for outdoor dining and shopping. We hope to get more information from Universal soon.

Do you think California theme parks should reopen soon? Do you plan to buy tickets to the new event at DCA? Let us know in the comments.