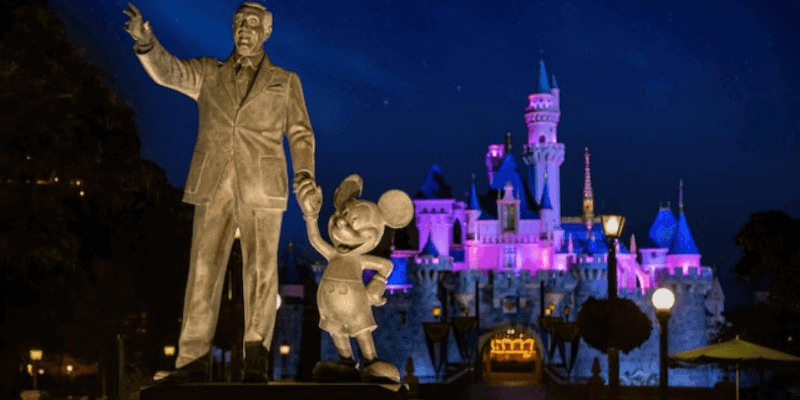 Amid the ongoing pandemic and in spite of the theme park reopening guidelines enacted by California Governor Gavin Newsom, some California state officials are now seeking to speed up the reopening of theme parks, including Disneyland Resort.

As Deadline shared, the bill’s main thrust is that authorities should “treat large and small theme parks equally.”

California Assemblymember Sharon Quirk-Silva (D-Fulerton) announced plans to co-sponsor a bill that would require the state to allow all theme parks reopen in the same tier of Newsom’s Blueprint for a Safer Economy. The bill would be co-sponsored by Assemblywoman Suzette Martinez-Valladares (R-Santa Clarita), whose district includes Six Flags Magic Mountain.

Today, I had the opportunity to tour @downtowndisney and @Disneyland with a Bi-Partisan group of our State Legislators @AsmPatODonnell, @AsmGrayson, @ChadMayes, and @SenatorPatBates. We wanted to see first-hand the safety protocols that are in place. #tourism #reopenocnow pic.twitter.com/K1rOdIFwwq

Under the current theme park reopening guidelines set in place by California Governor Gavin Newsom and Secretary of the California Health and Human Services Dr Mark Ghaly, large theme parks like Disneyland and Universal Studios are not allowed to reopen until the county where they are located has only one new COVID-19 case per 100,000 residents, per day (i.e. the yellow tier, known as Tier 4, in California’s Blueprint For a Safer Economy reopening plan). Assemblymember Quirk-Silva’s bill would require the reopening plan to be amended so that all theme parks reopen in the same tier (right now, smaller theme parks with a capacity of less than 15,000 visitors are allowed to reopen in the orange tier, Tier 3).

The California Attractions and Parks Association has issued a statement in support of the bill, The Orange County Register reported Thursday.

“We deeply appreciate Assembly Members Quirk-Silva and Martinez-Valladares for their leadership and for introducing legislation on safe theme park reopening,” CAPA executive director Erin Guerrero said in a statement. “Worldwide, theme parks have proven they can reopen responsibly while protecting the health of guests and staff. Science and data show it can be done. California should allow theme parks to reopen responsibly in the orange/moderate tier 3.”

“This extended closure has been both unprecedented and detrimental to our business and workforce,” Irwin said in a statement. “Universal Parks & Resort theme parks in Orlando, Osaka and Singapore have all successfully and safely operated without incident or cases attributed to their daily operations since mid-last year.”

Reopening in the state’s yellow/minimal tier 4 would keep Universal and other large California theme parks “closed indefinitely,” according to Irwin.

“It’s imperative that California theme parks shift to reopen in Tier 3,” Irwin said in a statement. “A Tier 4 reopening is untenable in L.A. County, and would likely keep our businesses closed indefinitely since even two cases per 100,000 would exceed the requirement

At this time, both Orange County (where Disneyland and Disney California Adventure are located) and Los Angeles County (where Universal Studios Hollywood is located) are in the purple tier, the most restrictive tier, due to the high number of COVID-19 cases.

The Downtown Disney District (and, by extension, Buena Vista Street in Disney California Adventure) at Disneyland Resort and Universal CityWalk Hollywood are open for shopping and outdoor dining. These areas of Disney and Universal property are not operating as theme parks but rather as outdoor malls and are therefore allowed to be open at this time. It is currently unclear when exactly Disneyland and Universal Studios will reopen, though the current guidelines indicate that COVID-19 cases will have to significantly decrease.

We will continue to update Inside the Magic with more information on Assemblymember Quirk-Silva’s plan to advocate for the reopening of California theme parks as it becomes available.

When do you think theme parks will reopen? Let us know in the comments.