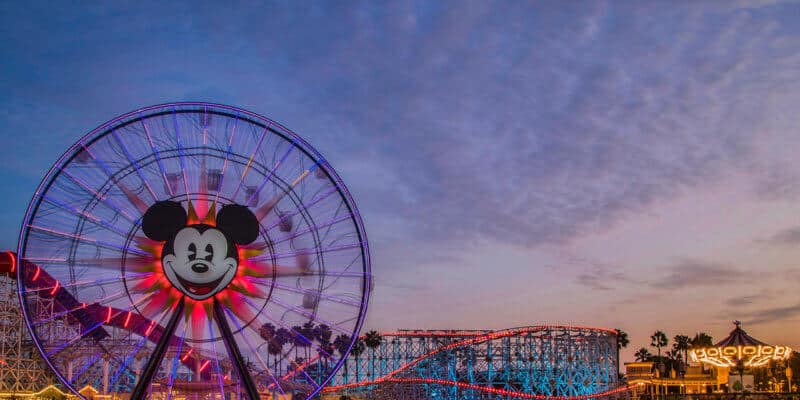 While all the Disneyland fans are waiting for Disneyland Park and Disney California Adventure to reopen, they’ve shared some of the unexpected things they miss most about Disneyland.

Some have already started daydreaming and planning their first day back to Disneyland theme parks from rope drop to closing time. So, it’s pretty clear just how much everyone misses the original Disney Park. It’s even sparked some hypothetical discussions on Reddit, with Disney fans asking questions like, what would you do with just one hour at Disneyland and what could replace Frozen Live at the Hyperion?

Well, they’re back at it again as one Reddit user, jeffismycat, asked, “You’re allowed to go on ONE ride at Disneyland, but it’s your least favorite and you have to wait for an hour in line. Would you, and what ride is it?”

There were some pretty strong opinions about this one! Many other Reddit users shared the same thoughts as jeffismycat, that they would wait and ride their least favorite attraction just to be able to be in the parks again. Others would pass on waiting for their least favorite ride as the main reason they don’t enjoy the ride is because they get sick on it.

This seems to be a popular opinion of Disneyland Guests for being their least favorite attraction. The Finding Nemo Submarine Voyage is an attraction tucked between the Matterhorn and Tomorrowland. It’s an attraction that is on the slower side with very little thrill. The queue gives you much to observe with the Guests riding the Matterhorn, sounds coming from Tomorrowland, and the monorail coming by overhead. Guests have expressed their dislike for the submarine that offers little room, can get pretty noisy, and doesn’t have the most pleasant smell.

The Pixar Pal-A-Round has two options, the non-swinging and swinging gondolas. The latter has made this Ferris wheel attraction Mickey’s not-so-fun wheel for many. We can definitely see how it could be pretty scary for those who are afraid of heights or experience motion sickness. It’s pretty unanimous that most wouldn’t wait an hour in the queue to ride the swinging Pixar Pal-A-Round, but it’s definitely beautiful to admire both day and night.

There are some mixed feelings about the Casey Jr. Circus Train. Many would probably agree that the cage cars of the train are a little crammed, especially for adults, but some are disagreeing over it being the least favorite attraction. One person even asked out of curiosity, where would an hour-long line for Casey Jr. Circus Train even go?

Goofy’s Sky School can make an adult feel like they’re literally flying with the turns and tracks of this attraction. With the yummy Corn Dog Castle next door, you have to beware of waiting until after you’ve ridden this ride to eat. Maybe if you’re up for a thrill, you can hop on this one, but it seems that many will choose to pass.

This one is on my personal list for least favorite attractions which is a bummer as a Star Wars fan. Like many others, it makes me nauseated, and for a long time, I thought I was the only one! Turns out, it makes a lot of fans who used to enjoy the attraction feel nauseous, too. Maybe Disney can amend it so we can all enjoy it once again like we used to.

There is a bit of a love-it-or-hate-it vibe about Autopia. The smell that radiates through that whole area could either bring you a lot of nostalgia or make you want to vomit. As one of the original 1955 attractions, it has brought us a ton of memories, but some may be wishing to have it replaced in the future.

Alright, I don’t agree with this one as it is my favorite attraction, but I can see where people are coming from. This attraction is one of the longer rides, and it includes an earworm of a song that not everyone is a fan of. We can all agree though, that it really is a small world, after all.

Here is a list of other attractions that Disneyland fans say are their least favorite (but they would still ride them if they had the chance since Disneyland Park and Disney California Adventure Park have been closed for so long).

What is your least favorite attraction at Disneyland, and would you wait an hour in the queue to ride it if it is the only attraction you’re allowed on? Let us know in the comments below!

Comments Off on Would You Wait an Hour For Your Least Favorite Disney Ride?