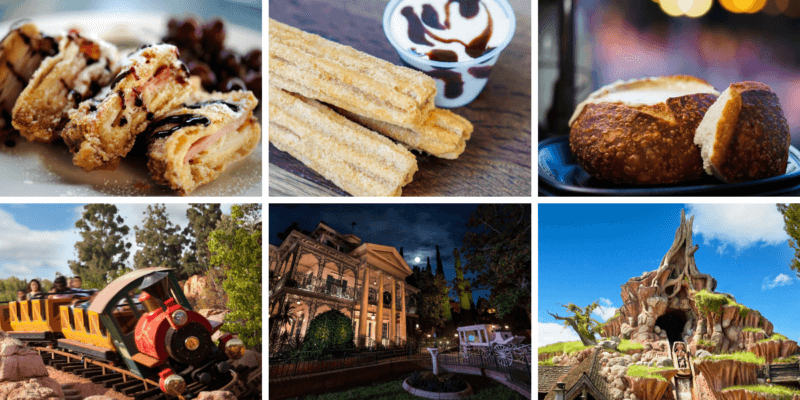 Alright, all of us Disneyland fans are getting a little stir-crazy waiting for when we can plan our next Disneyland trip. Many fans miss the smallest, most unexpected things at Disneyland. Some already know the first thing they are going to do when they get back to the Disneyland Resort theme parks, whenever they open.

One Reddit User — jeffismycat — posed the question, “You are given exclusive access to Disneyland for one hour. You may eat ONE item and go on ONE ride. What would you pick and why?”

Other Reddit users responded, and some of these answers may shock you! The best part of it all is that many of the answers are associated with some really heartfelt memories.

There are so many savory indulgences and sweet treats at Disneyland, so how could you ever choose just one? And if you had to, what would it be? Now let’s add onto that, does the history of Disneyland foods change that — would you choose a past treat that is no longer sold at the parks, if it were to become available for a limited time? Here are what Disneyland fans would eat at the park if they could only choose one snack!

There’s usually one attraction that a Guest has to ride every time they’re at Disneyland. Mine is “it’s a small world.” What’s yours? It’s a bonus that it’s one of the longest attractions too, and many Disneyland fans are right there on the same train of thought. Again, if it’s an attraction that’s a blast from the past, that’s okay too! Classic attractions seem to be the fan-favorites here. So, if you could only ride one attraction at Disneyland Resort — in Disneyland Park or Disney California Adventure Park — which would it be?

Alright, folks. Now it’s your turn to share in the comments below. Let’s pretend you are given exclusive access to Disneyland for one hour. You may eat ONE item and go on ONE ride. What would you pick and why?