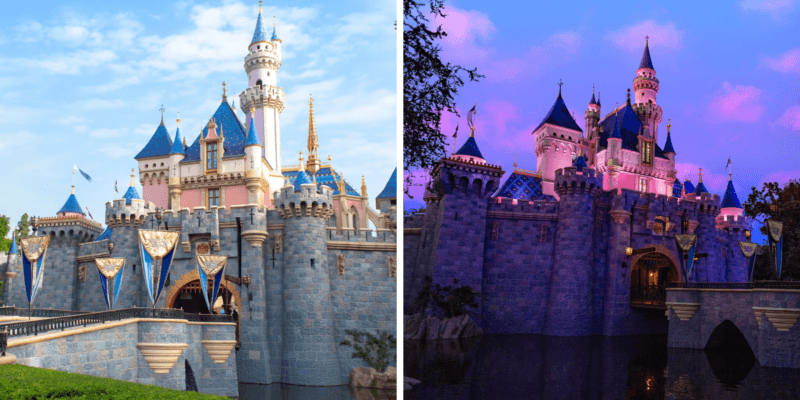 We’re just a couple of months shy of Disneyland Resort having closed their theme parks for exactly one year. Cast Members, Annual Passholders, and Disney Vacationers alike are missing The Happiest Place on Earth where Walt Disney first brought the magic of Disney from off the page to a physical place you can enjoy. For some Guests, it’s simply the little things at the original Disney theme park. For others, it’s the extravagant events that come along with visiting Disneyland Park and Disney California Adventure.

While everyone is waiting for Disneyland to get the go ahead to open up the gates to the theme parks and hotels, fans are already sharing on social media what is the first thing that they’ll probably do when they head to the parks again! Some of the things fans are missing the most and are waiting to experience again are quite unexpected. Yet other fans seem to agree with these thoughts so they are more popular than people seem to believe. What is more interesting is what fans would do if they were given an exclusive one hour in the parks just for themselves. These answers got pretty creative!

Planning Out Your First Visit Back to Disneyland

Now a Reddit User asked, “Describe your first day back at the parks.” A whole day of magic? Good golly, this is going to be a blast for people to share and for us to dream alongside them. Disney fans and fellow Reddit users let the answers flow in. Some answers were short and sweet, pun may be intended here, while others had planned down to the very little details from the order in which they go for certain attractions and stopping for Disney snacks. We think some of these Guests will be there from the rope drop to the closing announcement.

It’s All in The Details

Personally, as an Annual Passholder, I like to go with the flow to make a loop around the entire park. Being privileged enough to have an Annual Pass means I don’t have to rush so I fit in whatever attractions I can on my tour around the park and never double back, until I finish the visit with “it’s a small world” that is, and I’ll stop for whatever snacks are on the way. Here are some of what the Reddit Users share about their first day back.

-Dole whips and Guardians til I puke

-Go on Splash Mountain since I’ve never been on it while my boyfriend goes to get us some ronto-less wraps. We then ride Haunted Mansion together while we wait for our rise of the resistance boarding pass (haven’t been on it either!). Afterwards we have the vegetarian gumbo and people watch, excited about our new hobby.

-True answer is I will be interested in getting a Ronto-less Garden Wrap, riding Rise of the Resistance, going on Pirates and Haunted and Splash, will want to do Jungle Cruise and Tiki Room at night, Fantasyland at night, and a trip to Space Mountain. Would want to take the Mark Twain around the river (if it’s even allowed, I don’t know how far along we’ll be by then). In DCA, I want to experience the launch on Incredicoaster again (preferably after dark). A stop at Cozy Cone for a vegetarian chili cone. Maybe a trip on Radiator Spring Racers at night but it will be weird without Fastpass; never done standby before. At this point, I’d probably go to Carthay Circle for dinner because I’d be so happy to be back and saved a lot of money by taking a year (or two???) off. I think if I hit all the above, I will be content. I also hope I will be more patient with crowds and appreciative of being back.

-The Grand Circle Tour, churro in one hand, coffee in the other, happy tears streaming down my face.

-Coming up to 5 years since my last trip, and the plan hasn’t changed since covid: straight to pirates, then haunted mansion, then splash mountain. Take a break with churros, then indiana and jungle cruise. Hit up tomorrowland for the afternoon/lunch, catch a parade, eat somewhere nice for dinner, watch the fireworks. Close the day off with some storybook land canal boats.

-Arrive at rope drop. Take a seat on a bench in front of the castle and people watch for about 20 minutes. Next, take a walk through the entire park, soaking in the sights, sounds and smells. From there probably start getting on rides, starting with Splash Mountain. Lunch at GCH Craftsman, dinner at Trader Sam’s.

-Get some Mickey waffles at carnation, go on all the mountains and haunted mansion and just have a good time and be happy I’m back.

-By then there would be so many changes that it would be a whole new experience! Our 2020 trip was cancelled so we never got a chance to see Galaxy’s Edge yet. They announced making Marvel Land or Hero’s HQ or whatever it’s called, so there’s another brand new element.
Yeah, it’s gonna be epic, but the very first day? We usually fly in early as possible and check into the hotel by mid afternoon. We then spend the entire afternoon and evening exploring downtown disney and taking in the sights. Depending on the day we land in, the next day could be a rest day for us to get situated with groceries and such. We have made it a thing to walk down to the near 7-11 or bus down to target and pickup the trip’s breakfasts and snacks as we tend to eat a reasonably useful breakfast before heading out of the hotel.
Now, we usually try to make our first park day the Disney Park side as it has a more traditional disney magic feel compared to california adventure. The first day for us is to check out mainstreet and take in all the sights. We visit all the display rooms and check out all the treats and foods and make note of what to eat when we feel hungry. We visit all the stores and make note of what to pickup on the way out. Then depending on how we feel, we tend to pick out whatever fast passes we like and visit whatever rides we like. In between ride lineups, we tend to make sure to visit every store we can, take pictures with the photopass thing, and do all character meet and greets. When the sun goes down and the lights go up, we try and do it all over again as the experience is completely different!

Just by how this Reddit User responded, you can tell they’re a Cast Member at the Disneyland Resort. It’s very touching to see how much their job at Disneyland means to them, and it also makes you really feel for the fact that they haven’t been back in quite a while. We hope they can be back with their Disney family very soon!

-Clock in. Hug everyone I haven’t seen in years(if that’s allowed) and then enjoy the day as it comes. And then maybe hit the parks later.

We can’t forget about all our Inside the Magic readers. What do the details of your first day back at the Disneyland parks look like? Share with us in the comments below!

We can help you plan the perfect Disney vacation, click here for more information!