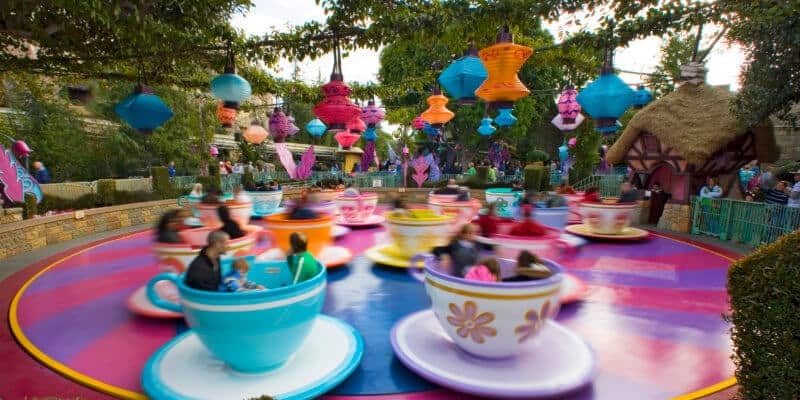 The theme parks around the world — including both Walt Disney World Resort and Universal Orlando in Florida — have implemented several different safety protocols in order to operate during this unprecedented time. Protocols such as face masks, social distancing, temperature checks, mobile ordering, and others have been put into place to keep both Guests and employees as safe as possible at the currently open theme parks.

However, the large theme parks located in California — Disneyland Resort and Universal Studios Hollywood, for example — are currently not operating due to state guidelines. So, what if there was another piece of technology that could help control the coronavirus and prevent it from spreading at theme parks? Could that help persuade California Governor Gavin Newsom to allow Disneyland and Universal Studios to reopen sooner? Well, a new discovery surrounding UVC light could be the key!

Inside the Magic attended the Blooloop live discussion, “How can far-UVC light help attractions battle COVID-19?” during which we learned more about the groundbreaking technology and how it can help places such as theme parks operate during the pandemic.

What Is Far-UVC Light?

UVC light has been used for many years for disinfecting in a number of different industries including food production systems and cleaning. UVC light is a very effective disinfectant and kills viruses just by shining light on it. But UVC light is different from far-UVC, which is the new groundbreaking technology that could help control the COVID-19 virus.

Far-UVC light inactivates viruses the same way as UVC, but the main difference is that it does not penetrate the skin or the eyes. Instead, it is absorbed by the dead skin layer and the tear layer within the eye, making it safer as there is less of a chance that a person would develop keratitis (an inflammatory condition that affects the cornea of your eye).

Some typical UVC products that public places are already using include a UV-C robot at a train station in London as well as in-air or in-duct systems and ceiling fittings (see screenshot below).

Brent Peckover, Director of Industrial Appliances at Christie, went on to show a prototype of the new far-UVC device, which comes in two parts — the device itself and the housing that gets mounted, which is called the receiver box.

When used for disinfecting indoor spaces, the far-UVC device would be installed in a room. As you can see in the image below, the two “eyes” are the two UV lamps and in the middle is a motion sensor. The motion sensor will detect when people are in the room and will then turn on, but once someone leaves or walks out, it will know to turn off to conserve energy and lamp life.

Peckover compares the device to an entire cleaning crew — it is always aware and cleaning the room, even without you physically being there to turn it on or off. The device has been tested at universities, and it’s been proven to inactivate COVID-19. Perhaps this means that the device’s technology can give hope for theme parks in California, such as Disneyland and Universal, as the theme parks have many indoor spaces that could be disinfected by such a device.

How Can This Technology Help Theme Parks?

Matrin Howe, the founder of Teq4 and Human2.0, explains how this new far-UVC light could be crucial in helping to reopen theme parks and attractions.

“We believe that this properly filtered far-UVC, and by that I mean this very narrow wavelength of around 220nm and not much more, will be a critical tool in combatting this coronavirus and the others that will probably come in the future, and it’s the only method available today to continually combat coronaviruses on surfaces and the air directly around us.

So for example now we are learning that aerosolized particles could linger around for hours that’s why recent recommendations around the world include significantly increasing the airflow of indoor spaces. However, that just isn’t possible with many locations. So an integrated property these far-UVC fittings can be used to target those areas most at risk. For example, spaces where groups of people need to come together and more likely linger there for longer periods of time, not just passing through or waiting to pick up a coffee for instance.”

As Howe mentions, the device will be useful in combatting COVID-19 in indoor spaces where people are lingering. If you have been to Disneyland and Disney California Adventure, you can probably think of plenty of areas of the theme parks where the device could be used. As indoor spaces are a concern for the State of California officials who enacted the theme park reopening guidelines, chances are this technology could be useful in helping California theme parks reopen safely.

It is important to note that the far-UVC light will not eliminate coronavirus on its own. It needs to work in connection with the other safety protocols already put into place, including face coverings and social distancing, as well as the COVID-19 vaccine.

“Yeah, I think vaccines are definitely going to play a role. It’s important to build up that herd immunity which is definitely going to help, but we are going to continue to see different strings show up, we’re going to see future viruses, you know this isn’t the first pandemic we’ve seen, I doubt it will be the last we’ve see, right?

So, the great thing about UVC light is that it doesn’t differentiate, right? It universally goes out and targets viruses and bacteria irrespective of string, origin, those types of things. So, there are definitely tools that we can make use of that to make our lives better in the future I think.”

If Disney Parks, including Walt Disney World and even Disneyland, or Universal theme parks decide to invest in these new far-UVC light devices, it could help them continue to operate safely during the pandemic. The major theme parks in Florida have already implemented several safety protocols including temperature checks, social distancing measures, face coverings, paperless payment methods, mobile ordering, and more, ever since they reopened their doors in summer 2020.

Related: Will Avengers Campus at Disney California Adventure Open in Phases or All at Once?

The theme parks in California — Universal Hollywood and Disneyland Resort — are currently not operating due to state guidelines, but Senior Vice President of Walt Disney World Resort Jim MacPhee has said in the past that Disneyland has been ready to reopen since July, meaning the protocols that will be put into place most likely are the same as Walt Disney World Resort or those currently implemented at Downtown Disney and Buena Vista Street. Disneyland also continues to update the theme park safety protocols on the official website, and Disneyland Resort President Ken Potrock is optimistic for the future.

Downtown Disney, along with Buena Vista Street in Disney California Adventure, is currently open and operating shopping and outdoor dining with social distancing measures, face mask requirements, temperature checks, and more. Disney is continuing to show the state that they can — and want to continue to — operate safely during this unprecedented time. Between these protocols currently in place at Disneyland Resort, and the expected health and safety guidelines for when the theme parks reopen, it appears that the new far-UVC light devices could be key in the state allowing the theme parks to reopen sooner rather than later. It could also help them stay open, as the California Governor has stated that theme parks can re-close after reopening if the pandemic worsens.

Both Peckover and Howe explained how these new devices could be used in places such as restaurants and water parks as well. Restaurants are already deemed as “risky spaces” since people dwindle there for long periods of time and remove their face masks in order to eat, so they would be a strong contender for the new UV light device.

Additionally, water parks could see the installment of the new devices, but it’s just a matter of where they could place them. The chemicals in the water treatment systems can help kill the virus, so these chemicals combined with new UV technology could be successful for places such as water parks. But again, it’s a matter of where this technology makes the most sense.

If these UVC light devices help control the virus, it is possible that it’s just another safety precaution Disneyland Resort could take when they do get the go-ahead to open from the California Governor. Both Peckover and Howe stated and reiterated that the new UVC device cannot kill the virus, but it can help stop it from replicating itself and stop it from infecting people.

To learn more about far-UVC 222nm, check out this video from Center for Radiological Research:

If you are planning to visit a public place, such as Walt Disney World Resort or the Downtown Disney District, please remember to practice safety and health protocols in order to keep yourself and others safe during this time. Keep your distance from other Guests, wear your appropriate face coverings at all required times, wash your hands often, try to use paperless payment methods, and cover your mouth and nose while sneezing or coughing.

What do you think? Should theme parks invest in these new far-UVC light devices to help prevent the spread of coronavirus? Would you feel safer with them around? Let us know in the comments below.