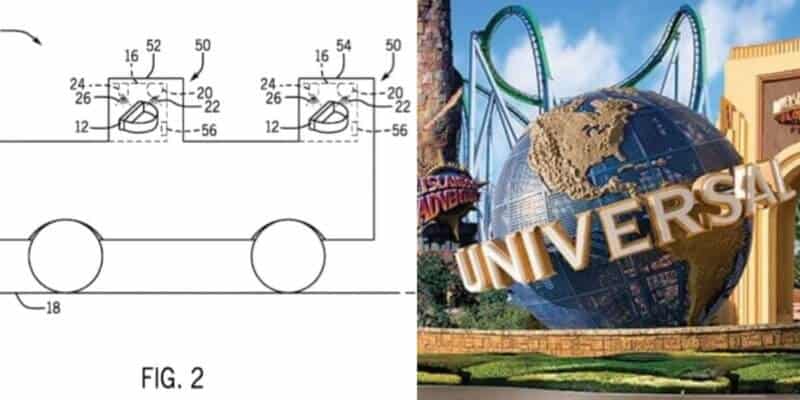 Universal Studios filed for a new patent back in November 2019 for in-ride sanitization methods on attractions. Though this patent was filed a few months back, it is very relevant for the post C-19 world.

Cleaning procedures along with ride designs will be extremely important once the theme parks reopen and this in-ride sanitization patent could become essential.

In the patent filed by Universal Parks, it is suggested that there be a compartment on the ride vehicles which would clean “an article of the amusement park ride”.

The patent suggests a design that would use ultraviolet light (UV light or UV radiation) or a sanitizing fluid to clean the “article”.

Though, the patent is not specific on what exactly the “article” is, however, we can guess that it would be used to clean items such as 3D glasses or similar items such as AR goggles or VR headsets.

With the current global pandemic, we know things will be different once the parks reopen — which means simplifying the cleaning process. By cleaning these “articles” within the ride vehicles it will help to reduce germs being picked up while transporting the “articles” from the external cleaning facility.

Having the cleaning compartment in the ride vehicle also helps with costs for Universal Parks — It will eliminate the external cleaning facilities costs as well lower the risk of a guest stealing these “articles”, which means not having to spend money to replace stolen items.

Not only does this patent mention sanitizing “articles”, but it will also allow Universal Studios Parks to sanitize frequently touched places on the ride vehicle. This includes things such as handles and lap bars.

Instead of relying on the cast members to manually sanitize and wipe down the surface of these areas to clean bacteria, the rotating panel could have several sides.

In figure 6 below, you can see that the panel has four different sides, each of which are rotated after each use.

Universal Parks also filed for a patent which indicates the possibility of a new gondola system, much like the one Walt Disney World recently installed. You can read more about that patent here.

Are you excited to see Universal Studios filing for a patent relating to in ride sanitization? Let us know in the comments.