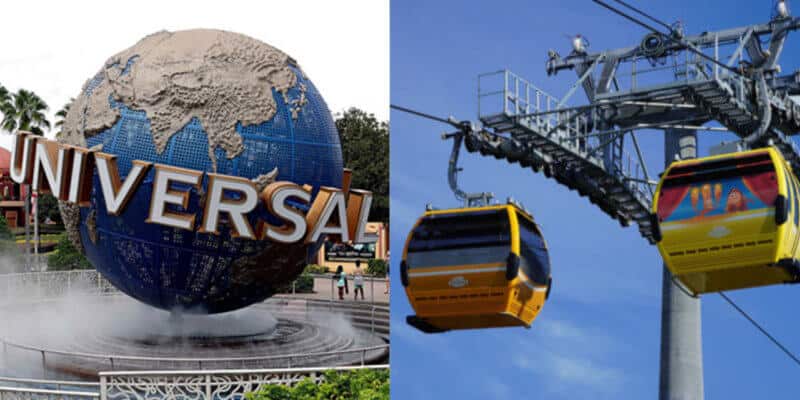 According to a recently published patent from Universal, it seems the company may be looking to take similar strides as Walt Disney World with its very own gondola system!

The patent, which was shared by the Universal Orlando Automated Permit Bot Twitter account, is titled AUTONOMOUS VEHICLE TRANSPORTATION SYSTEMS AND METHODS. The permit was published April 9, 2020 and filed by Universal back in March 2019.

In the abstract description of the patent, it reads:

The Universal patent also includes images of the gondolas and a station, where guests would load and unload from the transportation system.

In the initial announcement of Universal’s Epic Universe, many had questioned how the theme park resort would be able to transport the increased number of guests to and from its current parks, including Universal’s Islands of Adventure, Universal Studios and Volcano Bay. This transportation system would most certainly alleviate the need of additional busses as the new park is about 10-15 minutes down the road from the rest of the resort.

The question also arises of whether or not the gondola system would connect to Universal Orlando Resort Hotels, similar to Walt Disney World’s Disney Skyliner system. If so, the resort could potentially bring all of its transportation to the skies, which could alleviate some of the traffic brought on by the company’s current bus systems.

At this time, it’s worth noting that like many patents filed by theme parks, it is only a patent and not an official announcement. Whether or not Universal will go through with the construction of this transportation system is unknown.

What are your thoughts on Universal possibly building a gondola transportation system at Universal Orlando? Let us know in the comments!