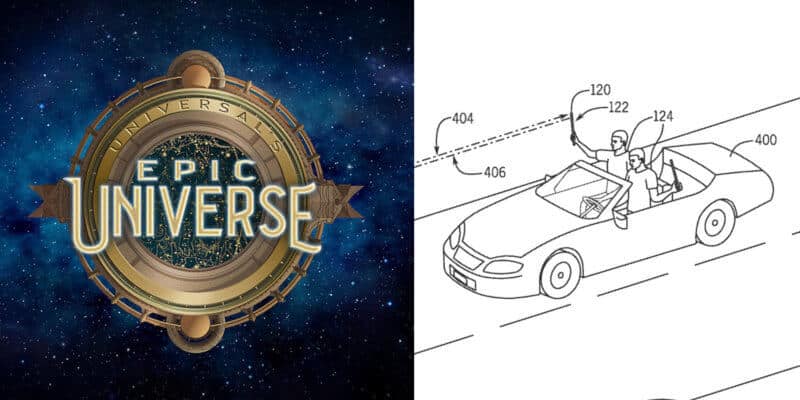 Universal’s Epic Universe was first announced last year. However, with the news of the new theme park came no details of any attractions or experiences to be found within the new land. Although, according to recent rumors, it’s believed a new Harry Potter attraction could appear in one of the parks’ new themed lands that could include the series’ Newt Scamander.

Orlando Park Stop shares the rumored Harry Potter attraction which is believed to be a ride where guests would travel through the streets of Paris, attempting to help round up all of Newt Scamander’s escaped creatures–possibly employing techniques developed for a never-built Ministry of Magic attraction.

The patent, pictured above, was thought to have been designed for a possible expansion to Diagon Alley. Although, now it’s believed it could appear in Epic Universe’ rumored Fantastic Beasts section of the park.

In the image, it shows how the ride system could use false walls and special effects to give the illusion of teleporting from one location to another while riding on a moving vehicle.

It’s not noted whether or not wands would be provided for guests boarding the ride or if they would need to be purchased separately, similar to the wands found in The Wizarding World of Harry Potter at all of the current Universal theme parks. Either way, if this were to be true, it would be really awesome!

What are your thoughts on this patent possibly being an attraction at Universal’s Epic Universe? Let us know in the comments!