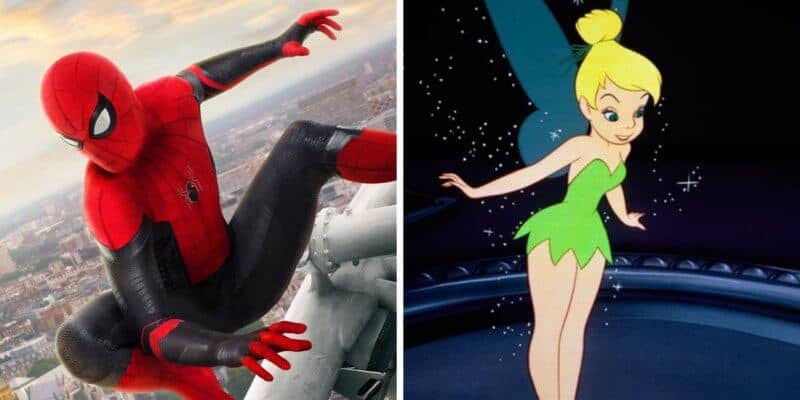 There have been some serious Disneyland bombshells dropped in the last few days, the most recent one being the official opening date for Avengers Campus.  The highly-anticipated area in Disney California Adventure will open on June 4!

Guests will be able to sling webs with Spider-Man and eat at Pym Test Kitchen, but beware, the food may be a different size than you expect.

However, to see one of the most technologically advanced parts of Avengers Campus, Guests will have to look up.  That’s because a free-flying Spider-Man will be swinging around the Marvel land as Guests visit the new location.

According to the Disney Parks Blog:

Throughout Avengers Campus, Super Heroes will come to life in more exciting ways than ever. You may have heroic encounters with Iron Man, Captain Marvel, Black Panther, the Dora Milaje, Black Widow, Ant-Man and The Wasp, the Guardians of the Galaxy, Thor and even villains like Loki, some of whom are making their first appearances at the park.

You may even have the chance to witness Spider-Man swinging into action high above Avengers Campus with gravity-defying, acrobatic feats never seen before in a Disney theme park.

Kevin Feige, the Marvel Studios president and the producer of blockbuster films such as Black Panther, Avengers: Endgame, and Guardians of the Galaxy, believes that Guests will be truly amazed when they see this incredible new Disney technology.

He even compared seeing Spider-Man fly for the first time above Avengers Campus to seeing Tinker Bell when she first flies over Sleeping beauty Castle during Disneyland’s nighttime fireworks show.  If you have ever seen the pixie lighting up the night sky, then this new Spider-Man technology will seriously blow your mind.

The brand-new technology developed by Disney is called “stuntronics.” It allows a robotic Spider-Man to jump from place to place and land on his feet.

According to Disney Research:

Stuntronics are simply stunt-double animatronics. Combining advanced robotic technology with the exploration of untethered dynamic movement, each Stuntronic uses onboard sensing to perform various combinations of flips, twists, and poses with repeatability and precision.

While Spider-Man may be flying from rooftop to rooftop, Guests will still be able to meet the friendly neighborhood super hero in Avengers Campus and have their picture taken with him.

While there will be a lot to see and take in at Avengers Campus, seeing an actual free-flying, web-slinging Spider-Man may definitely be one of the highlights.

What are you looking forward to seeing most at Avengers Campus?  Let us know in the comments!