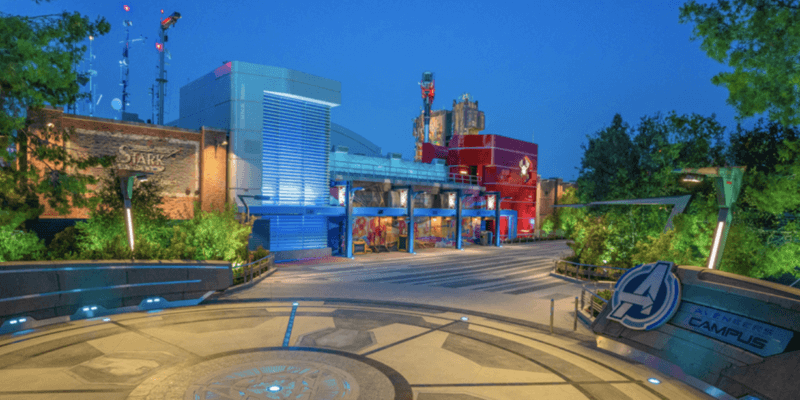 Related: Would You Pay For An Exclusive Party to Preview Avengers Campus?

Originally, the Marvel-themed land was set to open on July 18, 2020, but the date was pushed back amid the COVID-19 pandemic and Disneyland Resort’s extended closure.

Now that Disneyland Park and Disney California Adventure Park are officially reopening to Guests — with a new reservation system and numerous health and safety measures in place — on April 30, 2021, it’s time for Disneyland fans to experience the magic of Marvel like they never have before this summer.

Disney Parks Blog shared an incredible teaser video on Instagram [above] that is sure to get even the most casual Marvel fans excited for this new chapter in Disney Parks history! The caption reads:

Recruits Assemble! Avengers Campus will open June 4 to California Residents at the @Disneyland Resort! Check out the exciting details, including a first look inside this fully immersive, all-new land at Disney California Adventure park on the Disney Parks Blog.

During today’s announcement, Marvel Studios President Kevin Feige was on hand to discuss Avengers Campus. Walt Disney Company Chairman of Parks, Experiences and Products Josh D’Amaro also made sure to let listeners know that Feige’s birthday falls on June 2, just two days before the world of Marvel opens to the public for the first time.

Feige shared that he has made 23 films, but Avengers Campus was the first time he was able to see a Quinjet in real life, “Seeing that Quinjet being lifted into position…It’s in our movies, or it’s here.”

Feige continued, noting as a huge Disney Parks fan that the theme parks are “the three-dimentional-ized version of dreams.”

The official webpage for Avengers Campus promises experiences like Pym’s Test Kitchen, where Guests will be able to “savor size-defying fare from Ant-Man and the Wasp’s team of food research chefs”, WEB Suppliers, which will make it easy to “suit up with latest Super Hero gear from the Worldwide Engineering Brigade”, and the WEB SLINGERS: A Spider-Man Adventure ride, which will give Guests the opportunity to “help wrangle Spider-Bots run amok and save the Campus from havoc!”

At this time, exact ticketing details for Avengers Campus have not been revealed. We know that the land will have a phased opening process, similar to Star Wars: Galaxy’s Edge.

It is possible that Disney could also borrow other aspects of the Galaxy’s Edge grand opening, such as the dedicated time slots fans were required to book in advance of their visits. However, that has not been confirmed.

Don’t miss this exciting first look at Avengers Campus (and the amazing Spider-Man stunt-tronic that will soar high above Guests)!

Stay tuned to Inside the Magic for the latest Avengers Campus details.