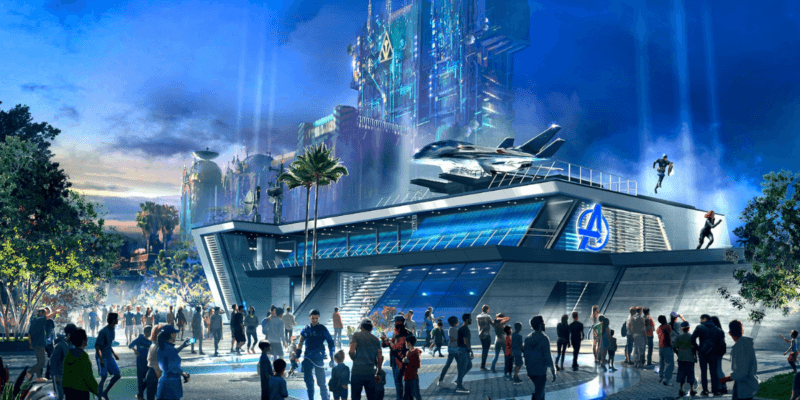 Disneyland is finally reopening on April 30th after a long awaited year and some, but Avengers Campus over in Disney California Adventure will not be opening with the California theme parks.

This Marvel themed land was originally slated to debut in July 2020, but the universe, and we’re not talking about the Marvel Cinematic Universe, had different plans. The Anaheim Disney Park was trying to reopen by its anniversary date of July 17th, but due to state restrictions not a single theme park in California was able to do so. With Disneyland finally getting to reopen, we’re sure that soon enough, we’ll also have news on Avengers Campus reopening date.

This highly anticipated Marvel land has Guardians of Galaxy: Mission Breakout! to thank for paving the way for this expansion at Disney California Adventure. From Disney Imagineer interviews to concept art, we’ve gotten to sneak peek what’s to come at this new land. Disney Imagineers have compared what Avengers Campus is at DCA to what Tomorrowland is at Disneyland Park. Here are some major highlights of Disneyland’s Avengers Campus, but you can also see our full guide here!

Would You Pay For an Avengers Campus VIP Exclusive Party?

As we wait for news on when we can all visit Avengers Campus, one Marvel fan, ILoveBidenHarris, asked fellow fans on Reddit, “So how much will you pay when Disney has the inevitable Marvel Land VIP exclusive party before park guests can see it?”

“Idk 200 max maybe? The perk before regular guest (if that’s what it means) makes it worth it too me.” – PlayaHatazball

“$0 to me personally it’s not worth it. I’ll get to experience it all soon enough.” – UniCorgs

“For one ride and a bunch of shops? Probably not much. Like even getting into the early previews for Galaxy’s Edge didn’t feel worth it. Maybe if the other ride was open.” – kejartho

“Probably $100-$150 if it’s a special ticketed event. I would hope there would be additional perks and not just access to the land. Maybe if the roof top show were going on or if there were characters to take physically distanced pictures with.” – skaXboy

Well, it’s definitely mixed feelings from Marvel fans. Not all are super excited to meet the Earth’s mightiest heroes or take a ride Disneyland’s newest attraction. Some would love to have the chance to experience Avengers Campus before anyone else. Who knows if this is something that will happen because it would be the first of its kind. Disneyland held a special ticketed in 2018 for the preview of Pixar Pier.

Would you pay to visit before the Avengers Campus opening if it were an exclusive party at the Disneyland Resort? Let us know what you think in the comments!

Comments Off on Would You Pay For An Exclusive Party to Preview Avengers Campus?