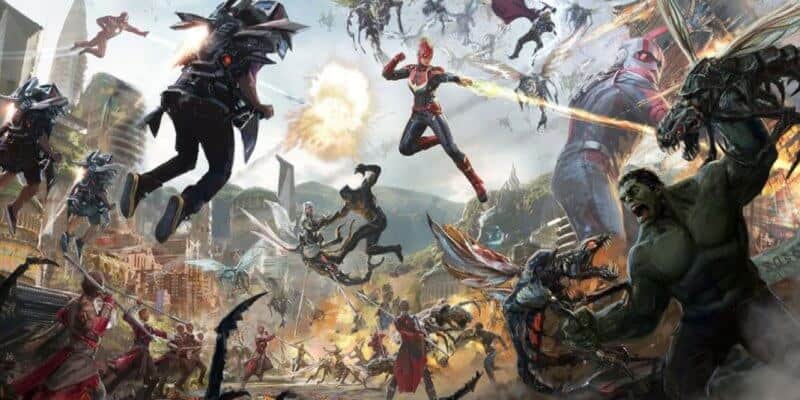 Marvel fans, assemble! Disneyland Guests have been waiting patiently for the day they can experience the highly-anticipated Avengers Campus area of Disney California Adventure theme park at Disneyland Resort!

The grand opening of Avengers Campus — previously set for July 2020 — was delayed due to the current pandemic, but that hasn’t stopped Disney from sharing their progress on construction, including the fact that they made Avengers Campus a priority project for the theme parks.

And, as of December 2020, we know that Disney plans to open Avengers Campus sometime in 2021.

Though we still do not have an exact opening date, The Walt Disney Company’s CEO, Bob Chapek, did confirm today during the Shareholder’s meeting that Avengers Campus will open “later this year,” indicating it is not planned to open along with the theme parks, which Chapek hopes to have ready by end of April.

“At Disneyland Resort, the highly anticipated new Marvel-themed land Avengers Campus is currently scheduled to open later this year at Disney California Adventure,” Chapek said during the Shareholder’s meeting on March 9. “Guests will be able to sling webs like Spider-Man and see him soar through the air right before their eyes.”

This means that even though the California theme parks may reopen as early as April 1, with Chapek hopeful for a late-April opening for Disneyland Park and Disney California Adventure, Avengers Campus will not be open until sometime after the theme parks of the Disneyland Resort reopen.

Once Avengers Campus does open to the public later this year, which will be after both Disneyland theme parks reopen, it will start with the first phase of Avengers Campus with a Spider-Man attraction called WEB SLINGERS: A Spider-Man Adventure, a Doctor Strange section of the land called Sanctum, an Ant-Man and the Wasp restaurant called Pym Test Kitchen, and a Marvel character stunt show. Additionally, the existing Guardians of the Galaxy: Mission Breakout attraction, which took over the Tower of Terror, will also be part of this new land.

As for the second phase of the Marvel-themed land, it will open at a later date — currently an unannounced date — along with an Avengers E-ticket attraction.

And on Monday, February 9, Disneyland President Ken Potrock shared some exciting information regarding Avengers Campus, saying that the land is “making incredible progress” and will be “an immersive experience” that Guests will love.

For a complete guide on what Guests can expect once Avengers Campus does open, visit our website here.

Are you going to visit Avengers Campus when it opens to Guests later this year? Let us know in the comments below.