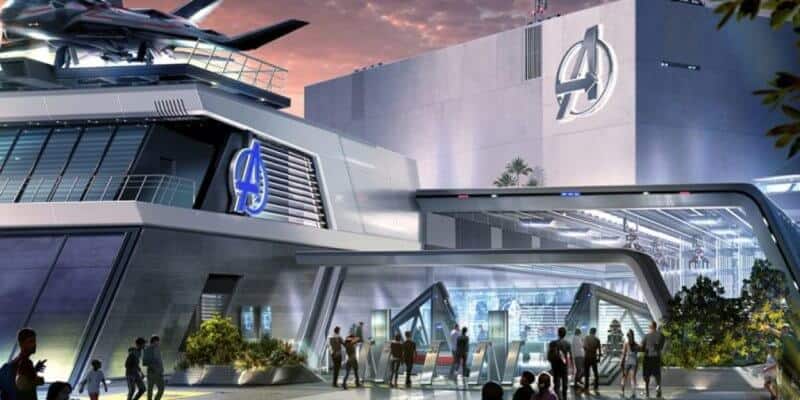 Over the next year or so, the Walt Disney Company will be going through a lot of celebrations, and it seems that Disney is looking to experience those moments with their fans. From Disney California Adventure turning 20, to Disney World turning 50, to the Walt Disney Company soon turning 100, there will be lots of milestones, and D23 is taking us along for the ride.

D23 (The Official Disney Fan Club) and Walt Disney Imagineering are set to team up to bring D23 Gold and General members some virtual events during each milestone celebration. According to the D23 website:

“Each event will feature a grand gathering of Imagineers who will take us on a journey spanning everything from the park origins and history, to beautiful artwork and storytelling, to plenty of behind-the-scenes stories that will let us meet some of the fascinating people that bring our favorite places to life.”

As we previously mentioned, one of the first big anniversaries Disney will be celebrating is Disney California Adventure’s 20th birthday. The virtual event (which D23 Members are required to sign up for) will be “Hosted by Academy Award®-nominated director Leslie Iwerks, our journey will begin with President of Walt Disney Imagineering, Bob Weis, going back to the very beginning of the park’s origins as Disneyland’s humble parking lot through opening day and the park’s earliest additions.”

This will be a chance for Disney fanatics to hear more from the genius Imagineering team that helped to create Disneyland Resort and all that goes in it. For fans who loved watching The Imagineering Story on Disney+, these events sound like they will only continue to connect fans with the Imagineers who helped shape the theme parks that we all love.

The site goes on to say:

Next, hear the inside story on the epic reimagining of the park, including exciting additions such as World of Color, Buena Vista Street, Cars Land, Pixar Pier, all the wonderful entertainment and festivals, and Guardians of the Galaxy – Mission: BREAKOUT!

Looking to the future, we’ve assembled some of the creative team behind one of the most eagerly awaited land expansions to the park, Avengers Campus, to give us a peak behind the curtain at the highly anticipated land, and inside the exciting new attraction WEB SLINGERS: A Spider-Man Adventure.

D23 Members are not going to want to miss this exciting event as we hear from an amazing roster of creative talent from Walt Disney Imagineering, including:

One of the most exciting parts of this section is the note about Avengers Campus, and that these virtual events will give Guests a “peek behind the curtain”. Many Disney and Marvel fans alike have been patiently awaiting the opening of Avengers Campus, considering the land would have already been open had it not been for COVID-19 and the ongoing pandemic which has caused Disneyland Resort to close their theme park gates and attractions for almost a full year.

It will also be cool to see if we get an inside look at WEB SLINGERS: A Spider-Man Adventure. Considering we know Tom Holland did some work for the attraction, it would be fun to see a more in-depth look as to what Guests will be able to experience once the attraction can open, and how involved the actor will be!

If you are looking to sign up for the D23 x Walt Disney Imagineering Magical Milestones event, here is all the information you will need below, as detailed by Disney.

DETAILS
Be sure to register on D23.com, where you will be given a unique access code to watch this special panel that will premiere Wednesday, March 10, at 4 p.m. PT and available until Friday, March 26, at 11:45 p.m. PT.

D23 Gold Members are able to request one complimentary access code per membership to view the event.

D23 General Members are able to purchase one access code per membership for $10 (plus $1.50 processing fee) to view the event.

Upon registration, you will be sent a confirmation email with online viewing instructions, including your personal link and access code.

Stay tuned to Inside the Magic as we continue to allow all of our readers a “peek behind the curtain” as well! For now, Guests can explore Disneyland by entering the Downtown Disney District, and soon, Disney California Adventure (as a whole) for A Touch of Disney which is beginning March 18, 2021.

Will you be registering for D23 x Walt Disney Imagineering Magical Milestones?