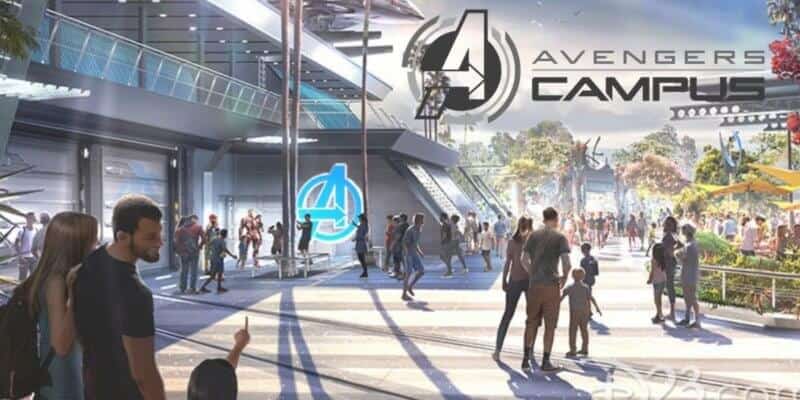 It wasn’t long ago Guests were able to actually set foot as close as possible to Avengers Campus at Disney California Adventure, despite the theme park still being closed, but now Disney executives are talking more about the upcoming land and how it is “making incredible progress”.

In a letter to Cast Members on Monday, February 9, Disneyland President Ken Potrock shared some exciting information regarding Avengers Campus, saying that the land is “making incredible progress” and will be “an immersive experience” that Guests will love.

“I’m pleased to report that Avengers Campus is making incredible progress. From the futuristic architecture, theatrical lighting, unique audio, creative food, beautiful costuming and innovative merchandise, the land will be an immersive experience that we know our Guests are going to love.”

The highly anticipated Marvel-themed land, which is an addition to Disney California Adventure, was originally set to open over the summer of 2020, however, due to the continued worldwide pandemic and the current closure of both Disneyland Park and Disney California Adventure Park, the opening date was pushed back. In December 2020, Disney did confirm Avengers Campus would open in 2021 so Chapek’s new statement is reiterating the company is still on track for a 2021 opening date.

At this time, Disneyland Park and Disney California Adventure remain closed, and we have no opening date in sight for the theme parks. In fact, during The Walt Disney Company’s Q1 earnings call, Senior Executive Vice President and Chief Financial Officer Christine M. McCarthy said “Our current expectation is that Disneyland and Disneyland Paris will be closed for the entirety of the second quarter.”

Guests who choose to visit Disneyland Resort right now can, however, enjoy shopping and outdoor dining options at the Downtown Disney District and the partially reopened Buena Vista Street area at DCA.

Therefore, at this moment in time, we are still unsure of exactly when Avengers Campus will open, but Chapek did confirm it would be later this year! Inside the Magic will update you as we get information.

Are you excited for when Avengers Campus opens? Let us know in the comments below.