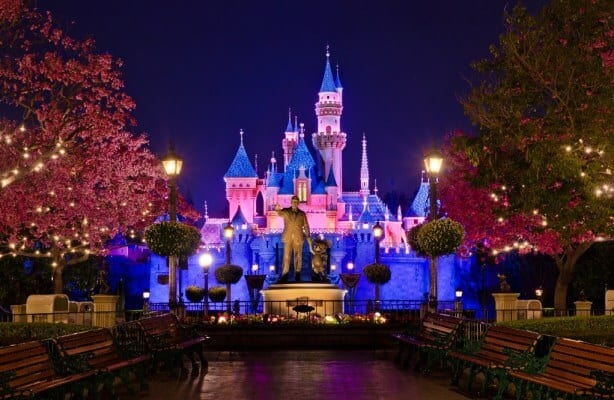 The Walt Disney Company shared today that Disneyland Resort in Southern California is not expected to reopen until later in 2021 — sometime in spring, or possibly even later.

“Our current expectation is that Disneyland and Disneyland Paris will be closed for the entirety of the second quarter,” said Senior Executive Vice President and Chief Financial Officer Christine M. McCarthy.

As the Walt Disney Company executive shared, Disneyland Park and Disney California Adventure Park are not expected to reopen until later on in spring — however, given vaccine distribution and what other officials have shared, it may take until summer. Given the current theme park reopening guidelines in place by California Governor Gavin Newsom and his administration’s Blueprint For a Safer Economy, large theme parks cannot reopen until the county in which they are located reaches the fourth tier of the reopening plan. Orange County, where Disneyland Resort is located, is currently in the first tier — and the absolute soonest date when it could reach the last tier is around six weeks from now, the end of March.

Therefore, even Disney officials are confirming that they believe the theme park of the Disneyland Resort will be closed for over a year, at least.

Although this news regarding the reopening of Disneyland later in 2021 may come as a shock to some, it is not entirely unexpected.

Disney CEO Bob Chapek also said today during the first fiscal quarter of 2021 earnings call that Avengers Campus is still expected to open in 2021, further emphasizing the fact that the Walt Disney Company continues to expect the California Disney Parks to reopen sometime this year.

As mentioned, the current guidelines set in place by California Governor Gavin Newsom indicate that large theme parks in California — including Disneyland and Disney California Adventure — cannot reopen until the county in which the parks are located records only one new COVID-19 case per 100,000 residents, per day. Considering the current status of COVID-19 cases in Orange County and Southern California at large, it does not appear that this will be achievable anytime soon.  However, some state officials are working to expedite the reopening of all theme parks in California.

CEO Chapek also shared the following regarding Disneyland Resort’s ongoing closure (which has lasted for almost a year), including the sunsetting of the Disneyland Resort Annual Passport program:

“I would characterize this last year as being not only a year of challenge, but also a year of learning, in terms of what we can do in terms of sustained margin growth in our parks. I say that because you know, there is nothing like a pandemic to challenge the status quo in making it be fairly introspective about a lot of things, you know that you’ve maybe taken as fairly dogmatic.

I think you’ve all seen several new announcements about things that we’ve done recently that may have been heresy prior to the pandemic like recasting of our Annual Pass program at Disneyland, and reconsidering the overwhelming demand we have relative to supply. Everything we do, the first lines we look at is to exceed Guest expectations, and it is very tough when your park has more demand than supply. We have to put limits on it.

Well, as you know, we have a wide variety of margins, depending on the nature of the Guest and how and when they visit. So with a lens towards maximizing the Guest experience, we are now able to essentially reset many of our business both cost and revenue side of the business in order to say if we had a blank piece of paper how would we set up our parks business and be a little bit more aggressive than we typically might be able to be without the impetus of, unfortunately, a year-long closure. So we’ve had a lot of time to think, particularly at Disneyland about what could be. And I think you’re about to see some of those strategies be born.”

Disney announced that the Disney Parks division of the company lost $119 million, with the ongoing closure of the Disneyland Resort contributing to that loss. You can read more here.

Stay tuned to Inside the Magic for the latest news on Disney theme park operations, Disneyland reopening information, and more. View current Disneyland Resort information on the official website.

What do you think of the ongoing closure of Disneyland Resort? Let us know in the comments below.