Disney California Adventure Event: What Can We Expect? - Inside the Magic 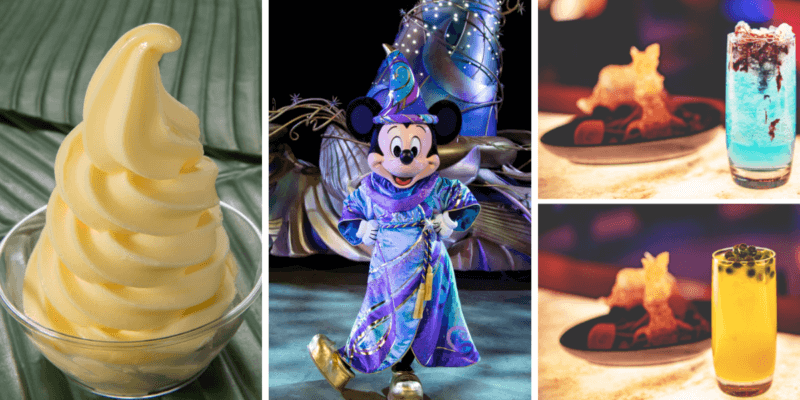 When dining reopened at Disneyland Resort, we speculated that Downtown Disney may expand more Disney California Adventure offerings, and yesterday, Disney announced that DCA would be the home of a new foodie event in just a few short weeks.

Some fans speculate that this new limited-time ticketed event — which will begin close to the one-year mark of Disneyland’s extended closure — will be the Disney California Adventure Food and Wine Festival. After all, the DCA Food and Wine Festival typically occurs in March and April and was cut short last year. However, Disney did mention in their announcement that this is an all-new event.

So, what could it be?

Disney shared that there will still not be any attractions available at DCA at the time of the event, but the event will be large enough to bring back around 1,000 Cast Members to Disney California Adventure Park! The following was included in the message from Disneyland Resort President Ken Potrock to Cast Members:

Currently planned to begin mid-March, we will debut an all-new, limited-time ticketed experience, focused on our world-famous food and beverage offerings from around the resort, the latest merchandise and unique, carefully crafted entertainment experiences…all to be offered multiple days a week. With limited capacity and enhanced health and safety measures in place, Guests once again will get to step into a magical Disney environment — an environment that will provide memorable and fun experiences our Guests are craving.

What Could This New Event Entail?

Let’s dissect this above message to discuss what we could possibly expect this new ticketed experience to entail.

We know that food and beverage will be a highlight of this event. This isn’t the first time DCA has done an event like this — we have experienced the Food and Wine Festival, Festival of the Holidays, Lunar New Year, and more. The message from Ken Potrock does state that this is an all-new event that is focused on the “world-famous food and beverage offerings from around the resort.” So are we thinking iconic Disney snacks, everyone? We don’t know if Legacy Passholders (former Annual Passholders, since Disneyland canceled the Annual Passport program) will be offered a discount for tickets or merchandise yet. However, maybe we can expect a discounted rate for Legacy Passholders to be announced in the near future as more Legacy Passholder benefits start to be offered.

Will There Be a Sip and Savor Pass?

With food and beverage being the feature of this event, we think a Sip and Savor Pass could be offered.

Typically offered at food festivals at Disney California Adventure Park, the Sip and Savor Pass is a credential that has up to eight pull-off tabs that serve as coupons to use on any eight food or beverage items that you want (excluding alcoholic beverages). A Tasting Passport would show you all the items at each Marketplace Kiosk which could help you choose what you wanted to use your Sip and Savor Pass on.

What Food Will Be Offered?

Since Disney announced that the food offered at the new event will be “from around the resort,” we have a suspicion that these foods will be iconic Disney snacks that have not been offered since the theme park closures. At least, we’re definitely hoping that these are included because it’s been far too long since Disneyland fans have been able to enjoy them at the parks.

Here is a list of iconic Disneyland Resort food items that we hope Disney is considering offering at this new event:

Which Beverages Will Be Available?

Disney snacks aren’t the only iconic culinary creations at the Disneyland Resort. There are beverages that spark good memories, and here are ones we’d love to see come to the foodie event!

Disney could go so many ways with the entertainment that is a carefully crafted entertainment experience that would make us feel like we’re stepping into that magical Disney environment again. Could these be a brand-new entertainment series or maybe elements or scenes from iconic shows we know and love? Here are our thoughts on what entertainment we’d love to see in the park. Keep in mind that no matter what entertainment is offered, we expect social distancing to be in place and enforced.

Remember that hardly any details about this event have been released so far, and we are expecting to learn more in the coming weeks. Disney has only confirmed that we can expect food, beverages, merchandise, entertainment, and more from this event. However, we are definitely excited for what is to come!

Do you have any ideas of what food, beverage, or entertainment will be coming to this limited-time event, or what you would like to see be offered? We want to hear from you. Share your thoughts in the comments below!

Comments Off on Disney California Adventure Event: What Can We Expect?