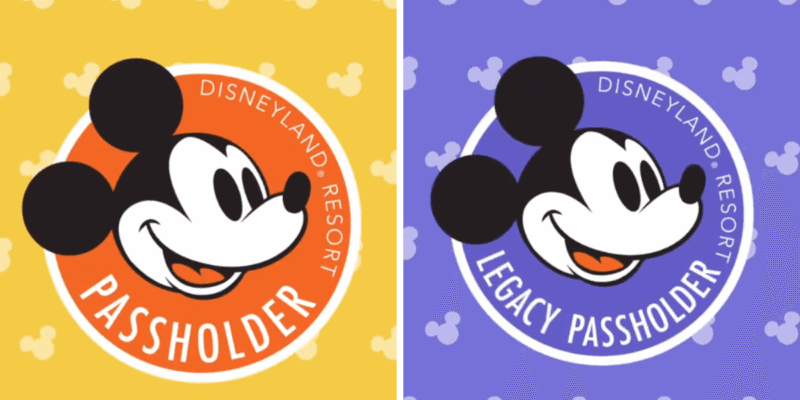 Disney took to Twitter today to share some new Annual Pass news for “Legacy Passholders.” Though exact details are unknown, Disneyland did share the following message to the @DisneylandAP account on Twitter. Take a look at what the California theme park destination posted today:

The following email was also sent to those Disneyland Resort fans who had an Annual Pass that was canceled. These former Disneyland Passholders are now Legacy Passholders.

To those who have been Annual Passholders with active Passports as of March 14, 2020, the date our Parks closed, thank you! To show our appreciation, we thought a new title was in order—
Disneyland® Resort Legacy Passholder.

As a Legacy Passholder, there are magical extras that celebrate you. From special offerings and Park news to discounts on select food and beverages and merchandise at select locations in Downtown Disney® District and Buena Vista Street.

So get ready to be surprised…delighted…and, most of all, celebrated—because that’s what being a Legacy Passholder is all about! These benefits will be offered until new membership offerings are announced.

In a new update, we discovered that more information on the Legacy Passholder program can be found on the official website here.

“Disneyland is in the DNA of people here in Southern California and well beyond,” Disneyland Resort President Ken Potrock said, according to the Orange County Register. “It’s incredibly important that we recognize this group as our biggest fans, our most important fans and a group that we want to make sure we are putting our arms around and really showing them love.”

This news comes on the heels of the cancellation of the Disneyland Resort Annual Passport program, a decision the company made amid the ongoing pandemic and continued temporary closure of Disneyland Park and Disney California Adventure Park.

Right now, it is unclear what these “magical extras” will be for Legacy Passholders (other than the discounts previously announced). However, knowing that many former APs have already received surveys hinting at new Passport and theme park ticket offerings — and given the launch of this Legacy Passholder social media campaign — it seems as though Disney is making an effort to keep former Annual Passport holders in the loop.

For now, former Disneyland Resort Annual Passport holders whose APs were canceled by Disney can still use their AP discount at eligible locations within the Downtown Disney District (and, by extension, Buena Vista Street in Disney California Adventure) until those “new membership offerings” are officially rolled out. You can read more here.

Stay tuned to Inside the Magic for more information on Disneyland Resort operations throughout the ongoing pandemic and beyond.

Related: Will You Get a Disneyland AP Refund? Questions Answered!

Are you now a “Legacy Passholder”? What do you think the “magical extras” will include? Let us know in the comments.

This article has been updated to include the most recent information.