What Could Disneyland's New Membership Offerings Be? - Inside the Magic 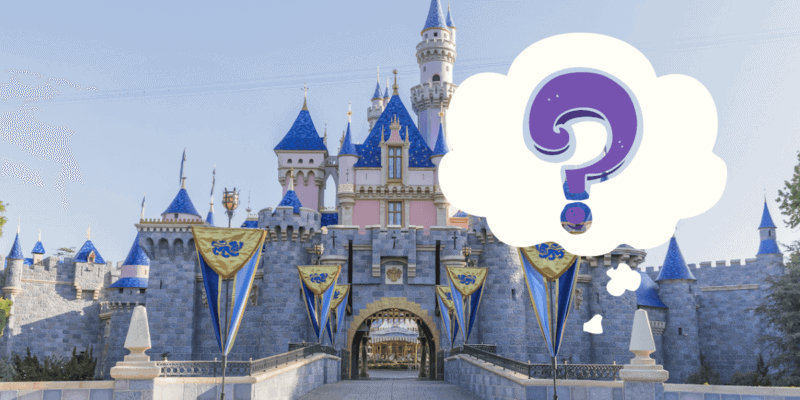 Disney recently ended the Annual Passport program for the Disneyland Resort — though Walt Disney World Resort Passholders have not been impacted at this time. While this was unfortunate, on the heels of the cancellation of this beloved program, Disneyland announced that a new “membership” offering for Disneyland will be coming soon. So, what could this new membership pass look like?

Back in 1957, Disney started the Walt Disney’s Magic Kingdom Club. A report by Yesterland.com details what was provided to those who opted-in to this special membership club! They report that this was a ticket that held special value and was given to specific companies and the military throughout Southern California.

Walt Disney’s Magic Kingdom Club (MKC) was created in 1957 as a unique marketing vehicle for the new Park. The Club offered discounted and special-value ticket media to the employees of large companies, industry and military throughout Southern California. It was an immediate win-win formula: MKC provided a free employee benefit while the participating organizations promoted Disneyland by distributing membership cards and materials. In many ways, MKC was the forerunner of today’s airline and hotel loyalty membership programs by instilling the sense of a special beneficial relationship.

This Magic Kingdom Club has us wondering how something like this could be introduced to Disneyland Resort and apply to the Disneyland and Disney California Adventure theme parks.

Could we see the new membership offerings be similar to this Magic Kingdom Club of the past? Could it include discounts to Disney Stores, restaurants, Disney hotel rooms, and even discounts on theme park tickets? Personally, I think it is possible! After Disneyland canceled their Disneyland Annual Passport program, they stated that those who were APs will still be eligible for some discounts for a certain period of time. It does stand to reason that they could continue the discounts into this new membership offering! No free entry into the parks, but perks for having the card.

If this “new membership offering” for Disneyland Resort is one that fans, former Annual Passholders, and potential Guests would have to purchase, could it include entry into the theme parks in some way?

Some experts believe that dynamic pricing could be the way of the future. According to the Los Angeles Times, who referred to theme park expert Dennis Speigel to weigh in on dynamic pricing. Per the LA Times report:

“Whether we want it or not, dynamic pricing is coming to the industry,” said Dennis Speigel, chief executive of International Theme Park Services.

When announcing the end of the annual pass program, Disneyland Resort President Ken Potrock hinted that the replacement would offer a variety of price levels.

“I think we’re going to look at all those different — I’ll use a marketing term — ‘buckets’ of consumers, understanding what they want and build a program around it so that we can effectively spread the attendance in a way that allows us to optimize what we have available, and satisfy the largest number of people in the way they want to be satisfied,” he said.

Dynamic pricing, for those unfamiliar with the term, is when the admission tickets are based on the demand of each particular day or month. We have already seen dynamic pricing introduced for Disneyland and Disney California Adventure theme park tickets, as a ticket for a peak day would cost much more than a ticket for a day during a slower season. So, there is a chance that Disney could offer a new membership for Disneyland Resort based on month-to-month or seasonal demand, with dynamic pricing similar to what was in place for theme park tickets.

But, perhaps the membership pass will just expand on the Flex Pass that was already available.

So, what was the Disneyland Flex Pass? The Flex Passport was priced at a mid-tier level — it only had two weeks of blackout dates, but it often required Guests to make a reservation to enter the parks in advance, if they wanted to visit on a peak day that was expected to be busy. The Flex Passport only allowed two reservations to be held at a time, but there were no limits on how many times a Flex Passholder could enter the park in a given month.

Many former Disneyland APs are now speculating that Disneyland could roll out new “memberships” as an extension of the Flex Pass program AND include even more tiers!

For example, Disney could roll out Flex Passes by month and have a January and February Passport priced at a more affordable tier with fewer blackout dates — as the early time of year tends to be a slower season for Disney Parks. Then, Disney could offer a July and August Passport — or even a November and December Passport — that has weekends blacked-out but weekdays available at a higher price tier, since late summer and the holiday season tend to be much busier.

Others have suggested that there could be different levels of the Flex Passport — such as a Gold, Silver, and Bronze level — that would allow Disneyland to still sell Annual Passes, but perhaps the APs would be better suited for a reservation system.

There are benefits to introducing a monthly (rather than an annual) membership offering for Disneyland Resort. A month-to-month membership could help Disney more accurately predict the number of Guests who would be visiting the park at any given time. As the pandemic is ongoing that could really help with crowd control. Perhaps Guests could pay for only the months they plan to visit the theme parks, and they would be allowed a certain number of days each month.

Of course, we do anticipate an online reservation system being put into place similar to Disney World. You can read more about that here.

This is all our own speculation; we will just have to wait and see what Disney has to say in the future about the membership program.

What do you think about the future membership offerings? Let us know in the comments!