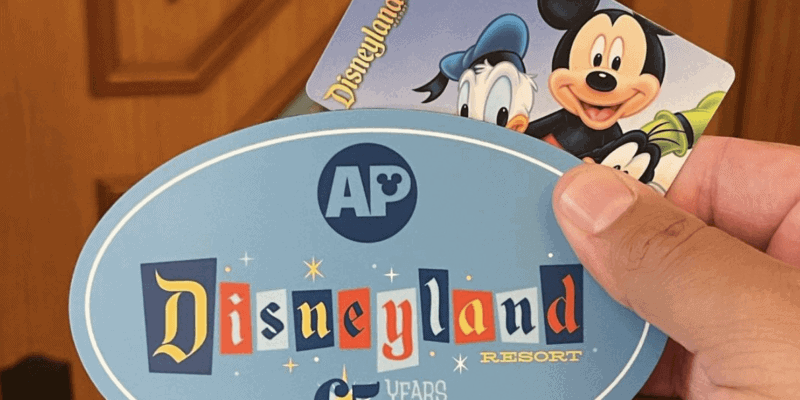 Disneyland Resort has now been closed for nearly a year, and with that came many difficult decisions for the Walt Disney Company. One of those tough calls was to cancel the Disneyland Annual Passport program for the foreseeable future. That being said, Disneyland Annual Passholders can expect one final parting gift as their refunds begin.

Paul @Paulsthemeparkadventures took to Instagram to post a photo of a Disneyland AP magnet that celebrates Disneyland Resort’s 65th anniversary. According to this Disneyland fan, blogger, and Passholder:

New A.P. Magnet to celebrate the 65th Anniversary of Disneyland! These are Free with any purchase at World Of Disney or the AP corner in Buena Vista Street

As a reminder, although Disneyland and Disney California Adventure currently remain closed, the Downtown Disney District remains open while following the State of California’s restrictions, amid the stay-at-home order. Therefore, local Disneyland APs can head to Downtown Disney and collect their complimentary AP magnet after a purchase has been made — and APs can even get 30% off their purchases right now!

Related: Will You Get a Disneyland AP Refund? Questions Answered!

As we have previously reported, below is our easy-to-follow, yet comprehensive breakdown of the recent news for Disneyland Resort Annual Passholders:

Disneyland President Ken Potrock did announce that “new membership offerings” would become available in the future. Although what those memberships will entail remains unknown, previously we theorized that it may be something similar to the Flex Pass.

For those who do not know, the Flex Pass required Passholders to make a reservation (on busy days) to enter the parks. It only had two weeks of blackout dates, but was priced at a mid-tier level and didn’t limit how many times you could enter the park — the only catch was you could only have two reservations at a time. This is quite similar to the way Disney Park Pass reservations are working in Disney World at the moment, so it would not be surprising to see a similar structure for APs implemented at Disneyland — once it can reopen.

The introduction of a “new membership offering” for those who were once Annual Passholders, however, may take a while to come into effect considering the park’s closure. California Governor Gavin Newsom currently will not allow the Disneyland and Disney California Adventure theme parks to reopen to Guests — according to his theme park reopening guidelines — until Orange County is in the Yellow tier. The Yellow tier would mean Orange County would only be allowed to have one new positive coronavirus case per 100,000 residents each day. Currently, Orange County is in the most restrictive tier and has a long way to go.

Stay tuned to Inside the Magic as we continue to report all of the news regarding Disneyland’s Annual Passport program, as well as any other Disneyland news.

Are you a Disneyland Passholder? Are you happy about the new Disneyland magnet offering? Let us know your thoughts!