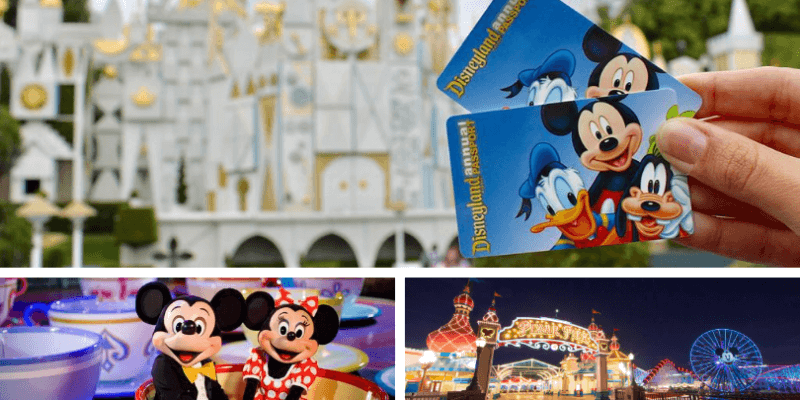 Though everyone is still waiting for Disneyland Resort to reopen its theme parks, or even just word about when the theme parks will reopen, Annual Passholders are already very worried about what the park going is going to look like for them when it does reopen.

The Walt Disney World Park Pass Reservation System is something that is expected to be used for Disneyland as well to limit capacity. This new Disney Park Pass system allows for Guests to reserve one park per day with no park hopping allowed and is required in order to visit the parks. Annual Passholders are allowed to hold three reservations at a time or for the length of their stay at a Disney Resort hotel. With four theme parks and less Annual Passholders, this system has worked well for Disney World, all things considered.

We would continue to pay for our passes (those of us who make monthly payments) once the park opens, however, the idea is that the extension would begin once someone enters the park for the first time once it reopens. This way, if there is limited capacity, those who have paid in full or even have top tier passes do not miss out on what they paid for (ex: no blockout dates, no reservations, full access for the entirety of the 12-month pass period, etc.)

This is considering that the parks may open too soon for comfort for some of us, amidst this global pandemic. Therefore, we as consumers are not spending money on a pass when we may not feel comfortable returning to Disneyland parks yet. Or, those who do wish to visit the park once it re-opens won’t have the reservation-period counted against them on their pass if they are unable to make one due to limited capacity and the new reservation-based system. This will also avoid many of us losing the down payment that we’ve already made for the passes we currently hold, rather than cancelling now and renewing again at a later time.”

For more information on how Annual Pass extensions are being handled at Disneyland Resort, visit the official website here and scroll to the Annual Passports section.