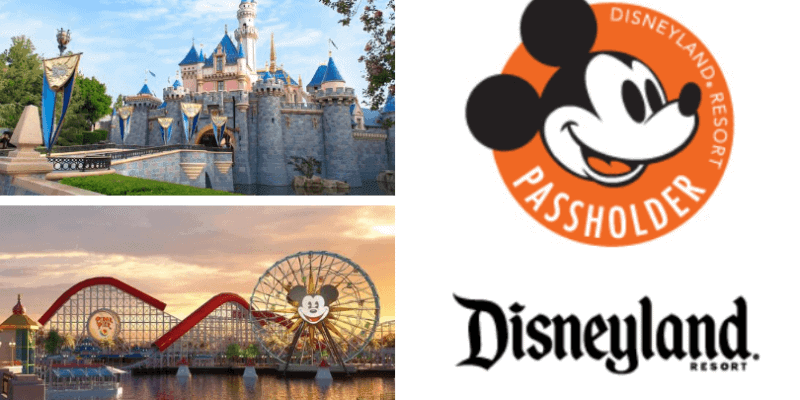 If Disney does roll out a system like the Disney Park Pass Reservation System, it could leave Disneyland Annual Passholders waiting weeks before they are able to visit Disneyland Park or Disney California Adventure. With Disneyland having reported nearly a million Annual Passholders, there are many speculations on how all of them will be accommodated.

Where There Could be Issues

If this is how the system will go at Disneyland, many Annual Passholders would be upset and understandably so. The different tiers of Annual Passes that Disneyland has classifies how many block out dates that each pass has, the highest tier being a Signature Plus Pass with no block out dates whatsoever. The Disney Park Pass Reservation System essentially makes all Passholders a Flex Pass Holder, in that you have to have a reservation in order to visit the Parks, which would in theory make all Passholders equal.

Many are worried they won’t be able to accommodate the different types of Passholders leaving them not able to get their money’s worth out of their passes. If blockout dates apply, then it may be more difficult for some APs to get reservations than others, just like how it’s been at Disney World.

In an article by the OC Register, we’re able to see a breakdown of what the dates on the reservation system currently looks like.

Reservations for Disney World annual passholders are unavailable for about two weeks and only available for Epcot for the rest of August. All AP reservations for the Magic Kingdom, Animal Kingdom and Hollywood Studios are booked through the end of the month.

Things don’t get much better for Disney World passholders in September. AP reservations are booked through mid-September for Hollywood Studios — blocking passholders without a reservation from visiting Star Wars: Galaxy’s Edge for more than a month.

Disney World passholders who haven’t yet made an online reservation for the Magic Kingdom are blocked out on Saturdays and Sundays until late September. Hollywood Studios is unavailable on the weekends through mid-October to passholders who don’t yet have a reservation.

Potential Solutions for These Issues

As Disney still awaits state guidelines for reopening theme parks, there haven’t been any updates on what it will look like for Annual Passholders and other Guests yet. There are some adjustments that could be made in order to remedy the above issues when Disneyland does reopen. Walt Disney World gave options to their Annual Passholders to get a partial refund, which could likely happen at Disneyland too. It seems that Walt Disney World can control the limits to each of the three parties, Resort Guests, Daily Ticket Holders, and Annual Passholders which means it’s possible for them to adjust the limits to better fit the demographics for Disneyland Resort.

With Disneyland having two theme parks versus Walt Disney World’s four, they are able to welcome more Guests with no park hopping. It’s expected that Disneyland Resort will also not offer park hopping initially, which could have more Guests wanting to go to Disneyland Park depending on if Disney California Adventure will reopen with its new Avengers Campus at the same time as the reopening of the parks as a whole. Having that and the still fairly new Star Wars Galaxy’s Edge at Disneyland Park could even out the park popularity, which may be better for hosting Annual Passholders.

Along with solutions to the issues, what if there were Annual Passholder incentives until the theme parks get closer to operating at a normal capacity? For example, offering AP-only events like Tastes of Main Street much like that of Taste of Calico at Knott’s Berry Farm could be a great way to let Annual Passholders into the theme park legally before it can operated as a theme park. It could operate like Downtown Disney with only shops and dining open which could also be blend into Buena Vista Street over at Disney California Adventure. Continuing events like this after the parks do reopen could be done after park hours as it’s very possible the parks could be operating with less hours.

This could be in addition to the AP Magic Perks Program that Disneyland introduced in early March. One of those perks being able to ride attractions after the park closes. Having this as a perk consistently could make up for some of the time that Annual Passholders are not able to make Park Pass Reservations. Alternatively, there could be AP only days since there are significantly more Annual Passholders at Disneyland.

For Annual Passholders to make the most out of their day, in addition to partial refund options, there could be an option to have MaxPass added to their account for no additional cost. Many Annual Passholders are used to visiting the parks for a few hours at a time if they’re local. Having the Park Pass Reservation would make them want to stay for a lengthier time so having a MaxPass to be able to allow for Annual Passholders to take advantage of more attractions to hold them over until their next visit! Some APs already have MaxPass, but having it for free for all APs (no matter the pass level) would be a new benefit.

Are you a Disneyland Resort Annual Passholder? What do you think? Do you have any concerns? Let us know in the comments.