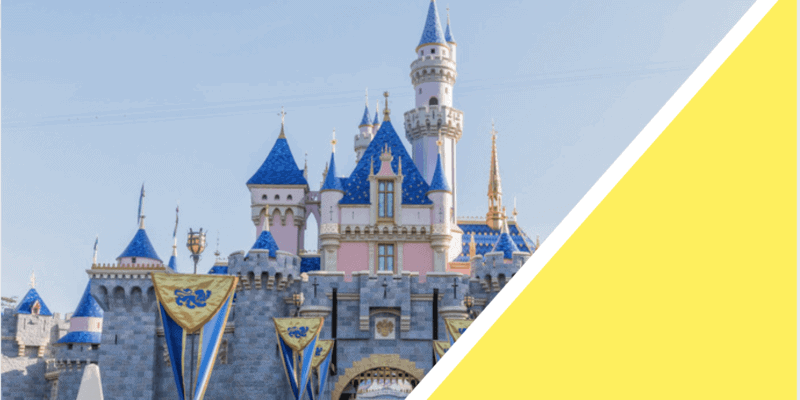 Whether you’re not from California or you simply find the guidelines confusing, we’re here to break down exactly what has to happen for Orange County to potentially be moved to the Yellow tier and Disneyland to issue an official reopening date.

What does the “minimal” Yellow tier require?

Desert Sun shared a comprehensive look at how counties can move into each California tier — and what is allowed to reopen at each stage. Below is a breakdown of that it means to move into the Yellow tier:

This stage, which indicates “minimal” cases, is in effect for counties with fewer than one new case per 100,000 residents per day, and a testing rate of under 2% a day.

But it doesn’t mean that everything is open with unlimited movement like before the pandemic. There are still capacity restrictions for this stage, and large-scale operations like conventions, festivals and concert venues remain closed.

It is important to note that Disneyland Resort has already stated they will utilize mandatory face masks and follow additional health and safety protocols that are already in place in their other five theme parks around the world. These protocols have also already been in place at Downtown Disney since it reopened on July 9.

The city of Anaheim has found that The Walt Disney Company has gone “above and beyond” in regard to safety measures.

In addition to allowing Disneyland Park and Disney California Adventure Park to reopen, the Yellow tier would allow shops and restaurants in the Downtown Disney District to increase their operations.

How long will it take for urban counties to reach the Yellow tier?

According to an OC Register article published today, it may take several weeks or even months for Orange County and Los Angeles County to move into the Yellow tier, prolonging the temporary closures of Disneyland, DCA, and Universal Studios:

The new guidelines mean Disneyland, Universal Studios Hollywood and other large theme parks won’t be able to reopen for weeks or months until their respective counties reach the least-restrictive “minimal” risk level.

It is worth noting that San Francisco is the only major metropolitan area in California to have moved into the Yellow tier at this time.

Potential Disneyland Guests should also be aware of these details, also shared by Desert Sun:

If a county’s metrics get worse for two consecutive weeks, the county will be rolled back to a more restrictive tier. Additionally, the state could step in with an “emergency brake” if hospitalizations begin to surge.

To move forward, counties will also have to prove to the state that they can meet certain health equity measures. This will apply to aspects of pandemic response like data collection, testing access, contact tracing, supportive isolation and outreach to the most impacted communities within a county.

This means that Governor Gavin Newsom and his office could potentially close Disneyland Resort’s theme parks again if coronavirus cases in Anaheim spiked following reopening — whether or not a future rise in COVID-19 cases actually has anything to do with Disneyland and Disney California Adventure.

What tier is Orange County in now?

At this time, Orange County remains in California’s second-most restrictive tier, the “substantial” Red tier. That means it has to be placed first in the Orange tier for a minimum of three weeks, then moved into the Yellow tier before Disneyland can even consider reopening.

Over the weekend, the Fullerton Observer noted the following:

The most recent figures released by the California Department of Public Health show OC’s Health Equity metric at 6.5%. A level no higher than 5.2% is required to move into the less restrictive Orange tier. According to County officials, the adjusted case rate for Orange County peaked at 5.2 out of 100,000 people, but is now down to 4.6, a figure still within the Red Tier range. The County needs to reach a number less than 4 to advance to the Orange Tier. OC’s test positivity rate is 3.5%, below the 5% threshold for moving into the Orange Tier. County CEO Frank Kim said the County is “trending in the right direction” during an October 15 news conference.

At today’s press conference, Dr. Mark Ghaly shared these thoughts about when Orange County, and other metropolitan counties in California, will be able to move into the Yellow tier:

“We don’t have the crystal ball. I don’t know when Orange County or San Diego County will indeed enter Yellow. But as I said earlier, I think there’s lots of work we can do together — both state, local, business leaders, community leaders, individuals — to do what we can to make sure that we reduce transmission throughout our county.
And there is a path forward there. We do not know when, but we do know how, and I think we’ll continue to put in the hard work to get us there one county at a time, but across the entire state is our hope.”

What are your thoughts on California’s reopening guidelines for Disneyland and other large theme parks?