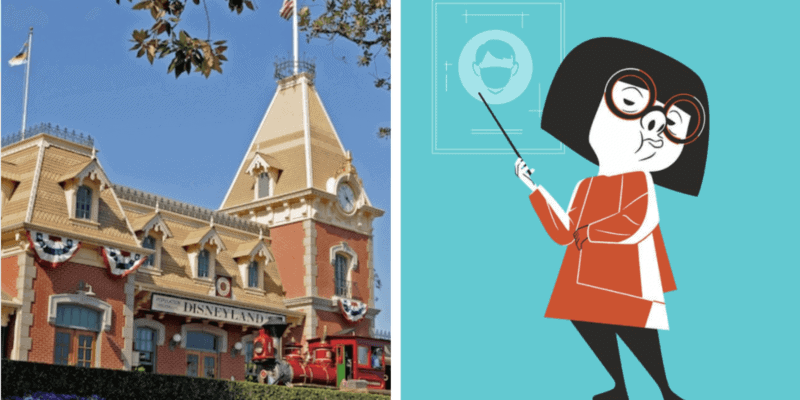 While face masks have long been worn to prevent the spread of illness in countries like China (where Shanghai Disneyland and Hong Kong Disneyland are located) and Japan (the home to Tokyo Disney Resort), the concept of regularly wearing a face covering in public is brand new to most Americans. Mandatory face mask protocols, however, are becoming increasingly common in the United States, including at Disneyland and Disney World.

Many Disney Parks fans have questions about how Disney’s mandatory mask policies will be enforced once the theme parks reopen on both coasts. Here, we take a look specifically at how Disneyland Resort is likely to enforce mandatory face masks on Guests over 2 years of age. 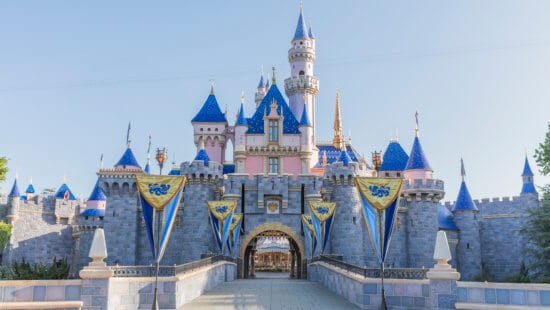 Disneyland will take a cue from Disney World

Since Walt Disney World Resort is slated to begin its phased reopening of the theme parks on July 11, officials there have already implemented policies that are intended to help Cast Members enforce mandatory face mask wearing.

This includes a team of Cast Members, called the Incredi-Crew, who will specifically make sure Guests are abiding by social distancing rules and other regulations during their visits to Disney World.  Since Disney Springs opened on May 20, face masks have been required on Disney World property — and Disneyland Resort has already announced that appropriate face coverings will be required at Downtown Disney. Disney announced that there will also be an Incredi-Crew at Disneyland Resort when it reopens to the public.

California Governor Gavin Newsom, who recently praised the delayed reopening of Disneyland, has issued an order that requires people in California to wear masks in public if they cannot maintain proper social distancing.

Although Disney Parks around the world have taken steps to ensure that physical distancing is practiced, it is unlikely that Guests will be able to abide at all times, such as in stores on Main Street, U.S.A., or while disembarking from certain attractions.

Therefore, Governor Newsom’s mandatory mask order is likely to apply to Disneyland Resort, especially since the City of Anaheim now has a mandatory face covering requirement.

In the event that Orange County puts specific theme park rules in-place, Disney park officials will undoubtedly abide by those regulations as well. Disneyland Resort is still waiting for guidelines to be released from the California Attractions and Parks Association.

Disneyland will protect its Cast Members and Guests

Throughout this pandemic, the Walt Disney Company has repeatedly stated that their primary concern when it comes to reopening its theme parks is the health and safety of both Cast Members and Guests.

At this time, health officials have stated that mask wearing is among the best, and only, defenses for fighting the spread of the virus. No matter what one’s personal opinion about wearing a face covering is, the fact remains that until a vaccine is available, it is among the only ways Disney can make an effort to protect everyone in its parks around the globe.

OC Register reports that in a letter to Disney, United Food and Commercial Workers Local 324 union asserted that the Walt Disney Company must create policies to enforce the face covering policy and instate procedures for dealing with Guests who refuse to wear masks.

Disney Labor Relations Director Bill Pace replied, “We have been crystal clear that we will enforce our policy requiring the wearing of face coverings by cast and guests and our resort leaders and security personnel will support cast members on this front.”

When Disneyland and Disney California Adventure are allowed to reopen to the public, Cast Members are sure to stress safety as they enforce the mask policy.