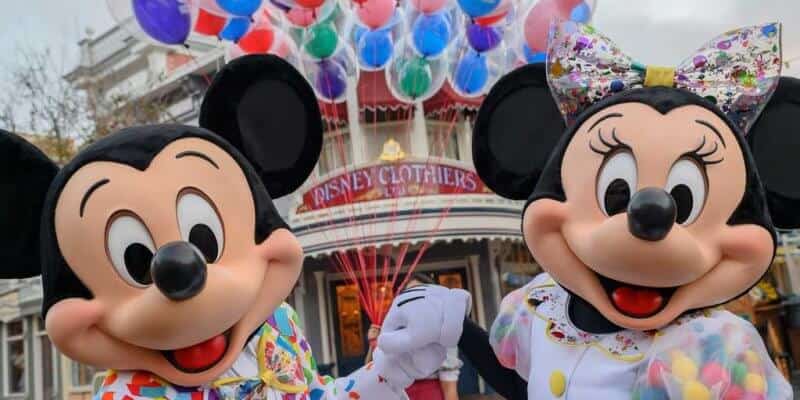 The Disneyland Resort theme parks were originally scheduled to reopen on July 17 in time for the 65th anniversary of Disneyland park. The reopening of the theme parks has now been delayed until Disney receives reopening guidelines and approval from the state of California. Some unions have also come to recall agreements with Disneyland Resort. But many Cast Members are still unhappy — and even fearful.

Despite over a dozen unions signing agreements with Disney, the Coalition of Resort Labor Unions (which represents thousands of Disneyland Resort CMs) went ahead with a planned caravan protest to advocate for working conditions that will help employees feel comfortable returning to work:

And they are continuing to speak out. For her recent article in io9, Beth Elderkin interviewed Disneyland Resort Cast Members about the reopening of Disneyland and Disney California Adventure.

Note: When I talked with the cast members, I started every interview by asking why they like about working at Disneyland. Most of them spent several minutes going on about it. These are people who truly love what they do, and all they want is for it to be safe for everyone.

One Cast Member echoed the sentiments of many who feel unsafe about returning to Disneyland:

“It’s not that we don’t want to work. It’s not that we’re not interested in bringing the magic back to this place. It’s that we are frightened. We don’t know how bad the risk to ourselves is going to be, but we know that there will be a risk. And it is a risk that none of us signed up for.”

Another shared a different perspective:

“We have lives too. We have families and friends that we live with too. While you are there to enjoy your day and have fun, this is our job. I think there’s a great divide between the excitement of the park reopening between guests and cast members because guests can’t really see our point of view.”

And a third acknowledged that even the Disney Parks are not immune to the realities of the pandemic:

“Disney is a magical place where they can escape the realities of the world, but the reality of the situation is that the pandemic is everywhere, even at Disneyland. The pandemic doesn’t magically go away just because you’re at a theme park.”

It’s important to note that not all Cast Members don’t want to return to work at Disneyland Resort when the theme parks reopen or at Walt Disney World Resort, which is still proceeding with a reopening of the parks in mid-July. Unionized Disney World CMs shared why they feel safe working at Disney Springs, which has been open since May 20.

Disney even released a promotional video to showcase Cast Members preparing to welcome back Guests:

But petitions to delay the reopening of both Disneyland Resort and Walt Disney World Resort theme parks are still circulating the web. And while California officials continue to evaluate how theme parks like Disneyland and Disney California Adventure can safely proceed with reopening, the state of Florida has shared no such intent to keep the Disney World parks from reopening in just a couple of weeks.

California Governor Gavin Newsom has praised Disney for delaying the reopening of Disneyland Resort. “This is an example of the data informing the decision making, and that is exactly what we need to be doing moving forward,” Gov. Newsom stated.

And Florida Governor Ron DeSantis has shared that Florida officials continue to monitor the spread of the pandemic but they “do not have plans to roll back any approved reopening business plans at this time.” This includes Disney World’s planned reopening.

Downtown Disney will still reopen on July 9. You can read more information here.

At the time of this announcement, a new reopening date for the Disneyland Resort theme parks and Disney Resort hotels has not yet been announced. Disneyland and Disney California Adventure will officially be the last Disney Parks to reopen worldwide after being closed for months due to the pandemic.

We will continue to update Inside the Magic as more information regarding Disneyland Resort’s phased reopening becomes available.