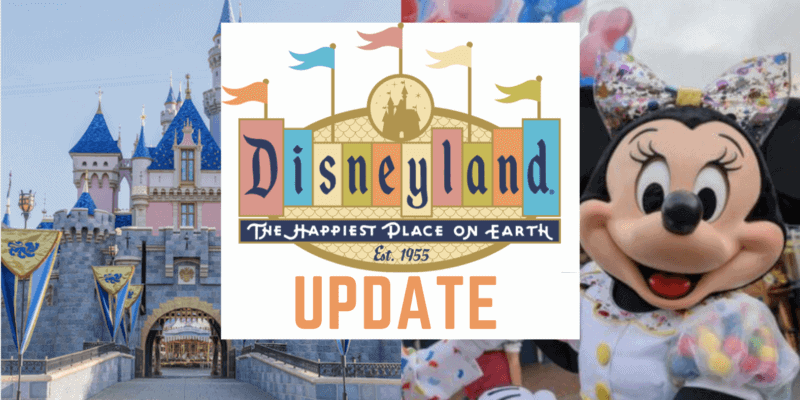 Disneyland Resort in Anaheim, California was originally scheduled to reopen to the public on July 17, Disneyland Park’s 65th anniversary.

Last week, however, amid concerns surrounding the ongoing pandemic and rising cases of COVID-19, Walt Disney Company officials made the decision to delay the opening date of Disneyland and Disney California Adventure. Although no new reopening date has been officially announced, here’s what we know so far.

What is happening in Los Angeles County?

Although Anaheim, where Walt Disney built Disneyland Resort, is located in Orange County, it is still considered part of the larger Los Angeles metropolitan area.

Furthermore, due to the large crowds that visit Disneyland, it is likely that Disney Parks executives will look at what the largest city in the region is doing in regard to reopening museums, other amusement parks, malls, etc.

As per a Variety report yesterday, Los Angeles Mayor Eric Garcetti said he is implementing a “hard pause” on the reopening of movie theaters, music venues, and other venues where people gather in significant numbers.

Notably, beaches and bike paths in Los Angeles County have been ordered to close for the 4th of July weekend.

What is Governor Newsom saying?

During yesterday’s updates from the West Coast, California Governor Gavin Newsom Tweeted the following regarding the actions the state has taken:

“CA’s response to #COVID19 is based on science. That’s why we asked counties that are experiencing high transmission and positivity rates to close down bars & toggle back re-openings. We will continue to monitor counties across the state & take appropriate action when necessary.”

CA’s response to #COVID19 is based on science.

That’s why we asked counties that are experiencing high transmission and positivity rates to close down bars & toggle back re-openings.

We will continue to monitor counties across the state & take appropriate action when necessary.

Although Governor Newsom didn’t specifically reference Disneyland or other theme parks in his Tweet, he has already expressed his support for the delayed reopening of Disneyland Resort, saying:

“I want to compliment Disney and their team for making that determination. They noted that the state had ceased offering guidelines in those categories. That is an example of the data informing decision making. We’re very grateful for this response.”

Governor Newsom and the California state legislature have not yet issued new reopening guidelines for theme park destinations.

On June 24, Disneyland’s website was updated with news about the reopening dates of the Downtown Disney District and the resort’s two theme parks.

As per this announcement:

Disney Parks officials are clearly waiting until the State of California issues more reopening guidelines before committing to a reopening date at this point. The original July 17 reopening date would have already made Disneyland Resort the last Disney parks in the world to reopen.

At this point, it seems likely that the California Disney property won’t reopen until well into August or even later. Undoubtedly, restrictions like those in other Disney Parks will be in place when Disneyland does announce its reopening.

What are your thoughts on this Disneyland reopening update? Do you agree with California state and local officials?