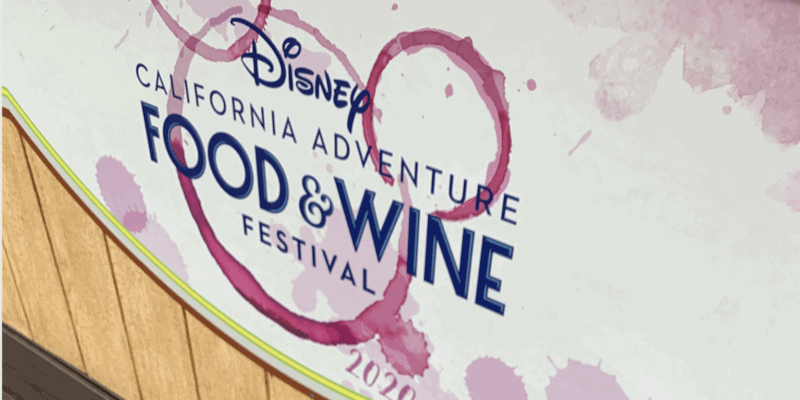 We’ve been wondering if the current Disneyland Resort closure will result in an extended California Adventure Food and Wine Festival. The festival was originally slated to run from February 28 – April 21, 2020. The highly-anticipated annual event was, of course, cut short when Disneyland Resort closed its gates due to health concerns on March 14.

Now, however, there is hope that the DCA Food & Wine Festival could be extended, perhaps significantly! Anaheim.net’s official “Building Permit Reports” portal indicates that at least one Food and Wine kiosk has had their permit extended through September 8.

The original 2020 California Adventure Food and Wine Festival permits were valid from February 24 – April 25, so if the same four day teardown applies now, the event could potentially last until September 3.

Does this mean a Food & Wine Festival extension is a sure thing?

It is, however, important to remember that just because the permits for kiosks, refrigeration, and merchandise sales were extended, the Festival itself isn’t certain to last longer. It is possible that Disney just wants to make sure they give themselves plenty of time to get the event taken down once the theme parks reopen.

Given the unexpected nature of the closure, and the fact that Food and Wine is such a popular event, it does seem likely that Disneyland executives will offer park goers some sort of extension. In addition to Festival attendees’ disappointment, exhibitors lost over a month of revenue from the event. If Disney extended the dates, it would certainly be a morale boost for these vendors.

When will Disney make an official announcement?

Since the Disney Parks team is adhering to fast-changing government regulations and shelter in place orders, they probably have not determined an exact Disneyland reopening date. This means the precise new dates for DCA Food and Wine Festival are likely also up-in-the-air.

The bottom line is: Don’t get rid of your Sip and Savor pass just yet! The Inside the Magic team will provide updates as new California Adventure Food & Wine information becomes available.