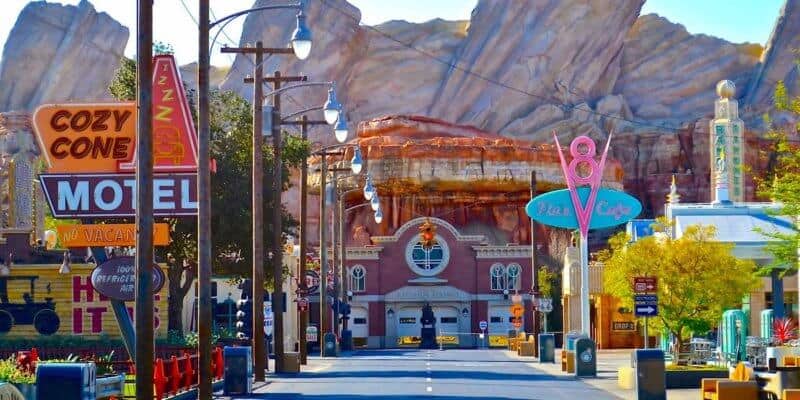 It is no secret that Disneyland Resort has had it the toughest of all Disney theme parks due to the pandemic.

Coming up on almost one full year of closure, Disneyland Park and Disney California Adventure have yet to allow Guests to re-enter the parks to ride classic Disney attractions and experience the magic. Additionally, Disneyland locals, who were once Disneyland Passholders (now, “Legacy Passholders“), continue to receive refunds on their passes — and the prospect of walking down Main Street U.S.A. towards the castle seems like a goal that keeps extending its reach.

That being said, there has been a small shining light for California locals who have been missing Disneyland, and that is Downtown Disney.

Downtown Disney is the only section of Disneyland Resort property that has reopened since the start of the pandemic. With crowds flocking to the shopping and eatery section district, Disney even brought Guests an extension of Downtown Disney. Guests are able to technically step foot inside Disney California Adventure as portions of Buena Vista Street have opened up as part of Downtown Disney’s extension.

Now that Governor Newsom has lifted the stay-at-home order, dining is once again available at Downtown Disney. Reservations for restaurants such as Carthay Circle were gone minutes after becoming available, and if you were not able to make one — don’t sweat!There are still plenty of quick-service options available for Guests to enjoy, and now, it looks like even more are on the way.

As seen below in @foodatdisneyland’s Instagram story (as well as confirmed on the Disneyland mobile app), a new churro cart has been added to Downtown Disney!

Before the stay-at-home order came into effect, there was only one churro cart on property available to Guests. Considering a second one has been added only shows that Disneyland is likely expecting an influx of Guests now that food is once again allowed to be consumed on property.

Paul (@Paulsthemeparkadventures) showcased a new trolley car that is currently placed in the Downtown Disney District. Previously, it was in front of the Animation Building, but now it is creating some more immersive atmosphere for Guests — and as Paul demonstrated a great photo op!

Paul (@Paulsthemeparkadventures) also took to Instagram to post a shot of new merchandise carts reappearing in a section of DCA that is currently closed.

The merch carts that were across from the Cars Land Billboard have reappeared.

Could this mean Downtown Disney will again extend further into Disney California Adventure? This reporter speculates that this may be the case though nothing has been confirmed by Disney at this time.

Disneyland cannot reopen their theme parks until Orange County reaches a Minimal Yellow Tier, which means one positive COVID-19 case per 100,000 residents each day. For that to happen, the virus would need to be almost fully wiped out, and California’s case count is a long way away from that goal and therefore, Disney would have no reason to add merchandise carts to a section of DCA that will not be receiving any foot traffic… unless that is exactly what Disney expects to happen.

It is important to note that just yesterday we reported that some California state officials are seeking to speed up the reopening of theme parks, including Disneyland Resort, which you can read more about here.

The extension of Downtown Disney into DCA’s Buena Vista Street was a huge success for Disneyland in many ways. More Guests were accommodated, Guests were happy, more money was being made, and more Cast Members were brought back to work. Although Disney California Adventure cannot reopen with attractions, extending its property for Guests to walk through is allowed.

With Carthay Circle reopening today, it will be interesting to see if more of DCA is included in the Downtown Disney District. Stay tuned to Inside the Magic as we continue to assess the situation.

Do you think that more of Downtown Disney should extend into Disney California Adventure? Let us know!