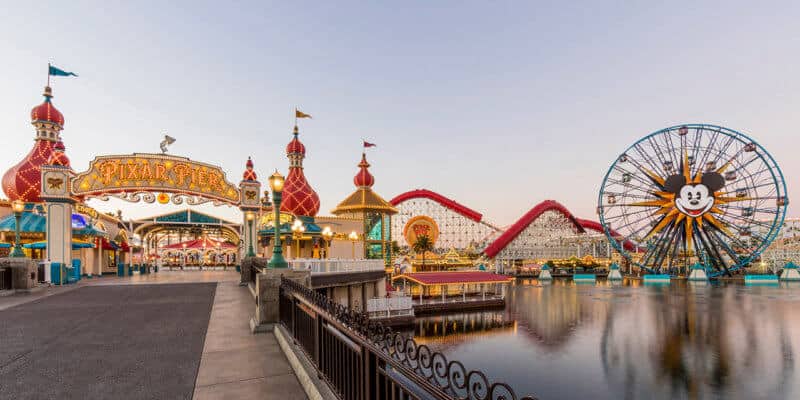 Today, it’s all about DCA and all the magic it has given us in the last 20 years.

On February 8th, 2001, the first Guests stepped through the turnstiles into the newest and largest expansion of the Disneyland Resort. This new park was Disney’s way of paying homage to its native California roots and the time that Walt Disney spent when he first arrived in Los Angeles during the 1920’s.

From Buena Vista Street to Hollywood Land, you feel as though you are in a 1920’s movie in Hollywood. If you head towards the area of Grizzly River Run and Disney’s Grand Californian Resort & Spa, you step into the atmosphere of California’s National Parks and its craftsman style lodging.

At the back of the theme park, you reach Paradise Pier which has all the sunny California beach vibes of the Santa Monica Pier.

In 2012, the addition of Cars Land added to the California theme of driving down Route 66. It immediately became a fan favorite area with some of the highest wait times in the park for Radiator Springs Racers.

This California theme remained until 2018, which is when Paradise Pier was reimagined into Pixar Pier and Paradise Gardens Park, which accommodated more Disney theming that Guests were asking for.

Expansions continued as Bug’s Life Land closed just a couple of months after Pixar Pier opened in the fall of 2018. This was to make room for the new Avengers Campus, which we are all hoping to be able to experience in the near future.

A Walk Through The Park

If we think we’ve seen the end of expansions at Disney California Adventure, think again! Disney’s never done with creating new imaginative features for their theme parks, and we’re sure that it will continue to grow past these 20 years and beyond. For now, we can enjoy all the food and attractions that Disney California Adventure has to offer, even if we can’t be there physically.

Until we can once again step foot into Disney California Adventure, we can virtually ride every single attraction there!

So how can we celebrate Disney California Adventure’s 20 year anniversary? Well, you can do that either by enjoying Buena Vista Street, which is currently open for select food, beverage and merchandise offerings as an extension of Downtown Disney District, or by bringing some DCA inspiration into your home!

Every celebration needs to have some treats, so why not head over to Trolley Treats or one of the Churro Carts that are so infamous to Disneyland Resort. There are some specialty churros available for a limited time as well like the Fluffernutter and Chocolate Pineapple Churros. You can always try your hand at making churros at home, or making these Jack-Jack Cookie Num Nums from Pixar Pier!

With the 20th anniversary comes some really fun news from Disney California Adventure. Disney announced that in just a few short weeks, there will be a new limited-time ticketed event taking place at DCA. Soon enough, we hope to be walking by Pacific Wharf to where the Festival Marketplaces are usually set up for the Food & Wine Festival and Festival of Holidays.

Want to plan a trip to Disney California Adventure? We can help with that! Click here for more information!

Comments Off on Disney California Adventure Celebrates 20 Years of Magic!