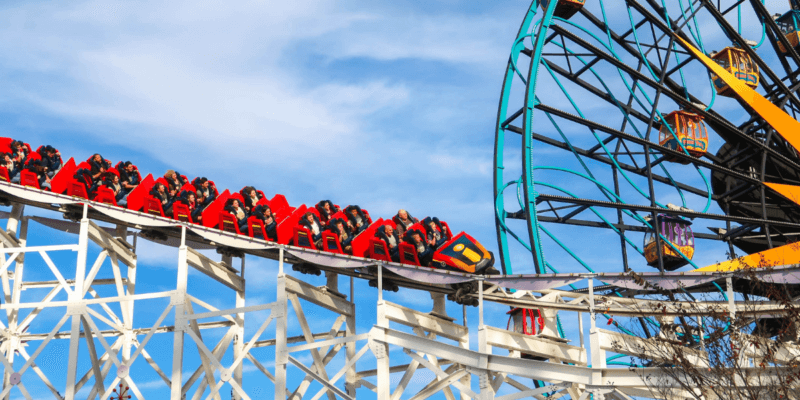 Disneyland fans, are you feeling down? Are your pocketbooks begging you to buy every Disneyland churro and a few Minnie Mouse ears? Ten months later and we still can’t step into the Happiest Place On Earth…

If you’ve got the Disney withdrawals and want to escape to your happy place, check out these virtual ride-through videos of your favorite Disneyland Resort attractions!

Disney YouTuber Freshbaked! is among the more well-known Disney bloggers/vloggers on social media. With over 150,000 followers combined on YouTube and Instagram, Dave and Liz behind FreshBaked! are among the most trusted names in the Disney fan community.

Known for their down-to-earth spirit mixed with in-depth, wholesome theme park vlogs, ride POV’s, debunking Disneyland secrets, and trying out the latest treats at Downtown Disney, Fresh Baked has gained quite the following over their tenure on social media.

They have a new series on their YouTube channel, allowing viewers to ride every single attraction at the Disneyland Resort virtually.

You can watch their first video below:

Related: When Will ALL of the Disney Parks Be Open Again?

Due to an ongoing pandemic, the Disneyland Resort’s theme parks — Disneyland Park and Disney California Adventure Park — have remained closed since March 14, 2020.

It is worth noting that Disney California Adventure Park’s Buena Vista Street has partially reopened as an extension of the Downtown Disney District. However, Guests are currently unable to purchase and consume any food or beverage items onsite or ride attractions due to California state guidelines.

Not to fear, FreshBaked! is here!

Going through their impressive video library, Dave and Liz compiled over two hours worth of footage titled “Every Ride at Disneyland.”

From the comfort of your own home, you can light a Disney Parks scented candle and take a spin on the teacups or Peter Pan’s Flight. Best remove those sad faces because you can even take a ride on Big Thunder Mountain Railroad!

Related: CA Theme Parks in 2021: Closed For Nearly a Year, But Not All Hope Is Lost

There are numerous timestamps in the description of the videos, so you can cycle through and go on your favorite rides in both Disneyland Park and Disney California Adventure Park!

It’s hilarious listening to the YouTubers’ reactions to classic attractions. Plus, hearing the Soarin’ Around the World and Radiator Springs Racers soundtracks will stir the emotions of any Disneyland fan.

Even though you’re virtually riding these attractions, it feels like you’re really there!

If you haven’t checked out these videos, head over to FreshBaked! on YouTube!