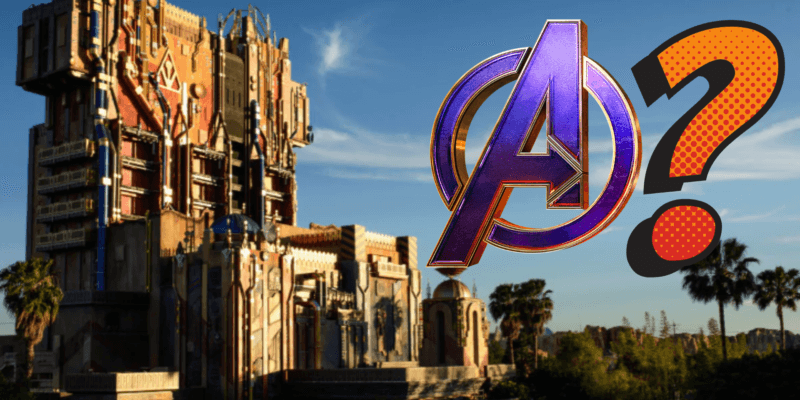 Overhauling and refurbishing a classic ride is always risky, but sometimes it can turn out well — take Magic Kingdom’s The Many Adventures of Winnie the Pooh, for example. Some fans love this retheme, while other Guests pine for the original Mr. Toad’s Wild Ride. Some re-themes change the vibe of a whole land, like the transformation of Maelstrom to Frozen Ever After. In the case of The Twilight Zone Tower of Terror’s transformation into Guardians of the Galaxy – Mission: BREAKOUT!, fans received the thrill of a refurbishment well done and a vibe change for the whole area of the park. However, the theme and vibe of this ride were almost completely different, according to Joe Rohde.

In November, Joe Rohde announced his retirement from Walt Disney Imagineering after a long career as a Disney Imagineer. Recently, D23 shared an exclusive podcase interview with Joe Rohde, as Joe Rohde reflected on his 40-year career with Disney. Joe Rohde is an Imagineer most well-known for his time creating and reimagining Animal Kingdom, but did you know he worked on the retheme of Tower of Terror at Disney California Adventure, as well?

According to Rohde, he and his fellow Imagineers spent a lot of time reflecting on how to best retheme the attraction. They knew they wanted to incorporate a Marvel theme – likely due to the upcoming Avengers Campus – but they had to figure out which Marvel IP worked best for both the show building that houses the attraction and for an overall vibe of the attraction. Rohde told D23 that as the team worked with the new Marvel Portfolio, the Imagineers began asking, “What can this thing mean? What are we doing with this? What does Marvel mean to us? What do we mean to Marvel? What is this thing that we now have and what meaning is relevant to us?”

Then, Disney said they needed something to open that was Marvel-themed. The company wanted it to overlay Tower of Terror — they still wanted the attraction to be a drop ride, but they wanted a completely new Marvel theme for it (and, as we know, it paved the way for Avengers Campus).

Joe Rohde said to D23, “I have to think Marvel: What could go into it? We ran a couple ideas, you know, like we could do Doctor Strange. That would work really, really well with almost what Tower of Terror is. Spiderman needs some space… and then, Guardians.” His initial response was “That’s a dumb idea.”

But then, he came around to our favorite rag-tag team of heroes in this old-space-turned-new attraction.

Guardians of the Galaxy Retheme

As he looked at the building, Rohde apparently said to himself, “There’s only a certain number of details on that building that make it look like a hotel. I can count them on one hand. If I pop those details off, I have a generic thing and I can make it look like anything. I bet I could make it look like something from the world of the Guardians – either from the film or from the comic books. So, I think it’s Guardians.”

Unlike Doctor Strange, a retheme to Guardians would give Imagineers a new challenge: retheming the feeling along with the overlay. Doctor Strange’s tone would fit with the original emotions of The Twilight Zone Tower of Terror: spooky, thrilling, miraculous, and awe-inspiring. However, Guardians characters do not fit that tone, so the ride had to transform.

Rohde told D23, “If it’s Guardians, that a whole different emotional tone. It’s not like Tower of Terror. It’s not the same emotions. What are the emotions? How do we evoke these emotions?”

Rohde says that the ride needed to be inclusive. He wanted it to bring in Marvel fans that know so much about these heroes — including Peter Quill/Star-Lord, Rocket Raccoon, Gamora, Drax, and Groot — and those who know nothing about Marvel. Guests who aren’t familiar with the Guardians’ universe before should be able to look at the building and guess that it’s a fortress, prison, or power plant. They should be able to understand that they should not like the Collector and that they should work with Rocket Raccoon to save the Guardians. The ride had to tell its own story. It needed to focus on the emotions and tones that the Guardians of the Galaxy invoke: irreverent, humorous, warm, affectionate, and energetic.

Doctor Strange would have been a fitting retheme for Tower of Terror at Disney California Adventure. However, it’s difficult to imagine how anything could fit better than Guardians. Joe Rohde and his team successfully transformed a classic Twilight Zone Tower of Terror attraction into a fun, humorous attraction for the new generation of Marvel fans and Disney Parks Guests. Those who feel nostalgic for Tower of Terror can always ride the original at Disney’s Hollywood Studios. And, those who love the new theme can enjoy the Guardians of the Galaxy overlay at Disneyland Resort for years to come. This attraction certainly sets a new tone for the Marvel area at Disney’s California Adventure. In addition, it makes us anticipate the opening of Avengers Campus even more.

We know Disney can communicate Marvel’s tones and emotions into U.S. theme parks, thanks to Joe Rohde and his team of Disney Imagineers.

Do you love Guardians of the Galaxy – Mission: BREAKOUT! and its theme chosen by Joe Rohde and his team? Let us know in the comments!

Comments Off on Mission: BREAKOUT! Almost Had a Different Leading Hero