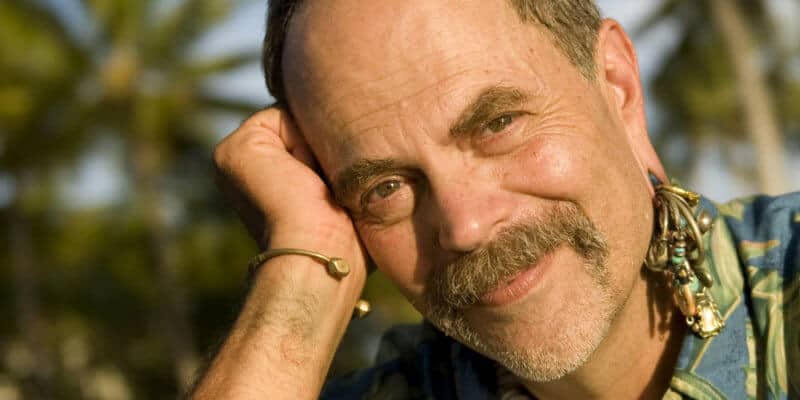 If you are a Disney Parks fan then you know who Joe Rohde is — famous Imagineer for the Walt Disney Company’s many parks and resorts around the world. His works such as Animal Kingdom Lodge, Animal Kingdom, Aulani, and more, leave behind a great legacy at the Walt Disney Company. Joe Rohde announced his retirement this year and recently gave an in-depth interview looking back on his career as an Imagineer.

In an interview with the Orange Country Register Rohde broke down some of his biggest projects and gave some incredible insights on his work. But Joe admitted that when he first started at Disney at the age of 25, he had no idea what he was doing! Saying, “I got a very, very basic entry level job.” Rohde said, “I truly did not know anything about this work. I could draw, I could paint and I could sculpt.”

Of course, he did grow and learn, quickly realizing he wanted to work on concepts and models. “Concept illustration puts you in the concept room,” Rohde said. “Once I was in the concept room, then I was like, ‘OK, this is a world where I have a role.’ I could do something that has value. And I’m not constantly worried that someone is so much better than me. That they don’t need me. At least I feel competitive in this realm.”

Eventually, Joe Rohde did get assigned to a very special project at Imagineering, Animal Kingdom. Rohde gave some interesting insights on working on this project to the Orange County Register, saying “The park had a very long evolution.” He mentioned, “It was eight years between when we started talking about it to when it finally opened. It’s not like there was an idea. The idea evolved and grew into the thing that was possible to build.”

One of the largest projects within Animal Kingdom was Expedition Everest. Rohde told Orange County Register he was glad to have built the rollercoaster after Animal Kingdom Park was finished. Now that Joe Rohde is retiring from Disney, many fans wonder if the Yeti will ever get out of its “B-mode” settings, and be returned to its former swinging glory. Rohde gave no mention of the Yeti’s future during his interview.

The Last Major Project Joe Rhode worked on for the theme parks brought him back to Animal Kingdom once again. Pandora – The World of Avatar is a brand new addition based on the James Cameron movie Avatar. This land is beautiful and features floating mountains, bioluminescent light in the evening, and two highly immersive attractions.

Rodhe had this to say about the World of Avatar project, “We always wanted the park to have a broad enough spectrum that it could include imaginary worlds, and yet these imaginary worlds have to relate to the core themes,” Rohde said. “They can’t be fantasies in which animals no longer resonate in the same way. For a long time, we tried and tried and tried to do this with various stabs at some version of a traditional European-ish fantasy place. If we could extract the mythic qualities of this story, we could make our mythic land,” Rohde said. “It will be fantastical. It will be full of magic. It will have animals you’ve never seen before. It will serve to transport you magically.”

Joe Rohde has undoubtedly left a lasting legacy on Disney theme parks. He gave a few thoughts on why he has decided to step back after such a long and successful career as an Imagineer. “The mythic image of me is much more this rage against the machine kind of guy,” Rohde said. “That is not the lesson I want to leave. I very much believe that creative people succeed best when they step forward and lay claim to the most adult role in the room.”

What is your favorite Joe Rohde project? Let us know in the comments!