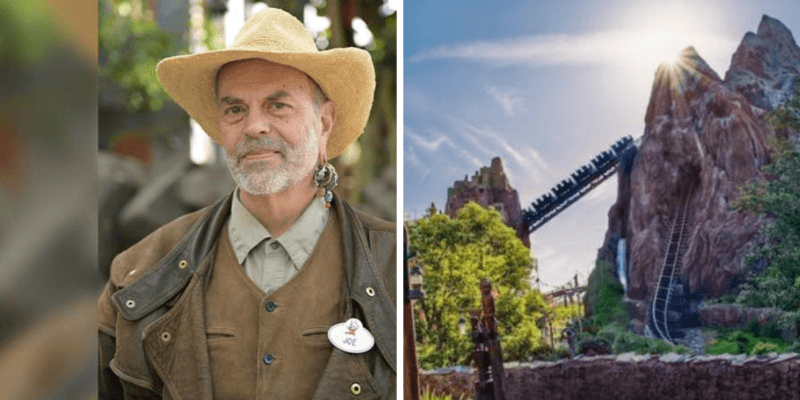 Joe Rohde is retiring after 40 years of work with Walt Disney Imagineering, and as fans comprehend his announcement, they are beginning to worry about the state of their favorite attractions that Rohde helped create. Specifically, the Yeti in Expedition Everest.

Here are some fans reactions to Rohde’s retirement:

All the love and support to Joe Rohde in his retirement

Gosh darnit, what about our yeti, Joe? ?

@ JOE RHODE….WHAT ABOUT THE YETI….YOU HAVE A PROMISE TO KEEP

Guest brave enough to take the train ride through the Forbidden Mountain come face to face with a monstrous Yeti. But, what some Disney fans may not know is that the Yeti used to move.

The massive animatronic would gnash its teeth, roar, and reach down to grab you and your train. Shortly after the attraction opened, the Yeti broke and has remained in its same frightening pose ever since.

Rohde has said that he and the Imagineers have wanted to fix it. However, due to the size and location of the massive 25-foot-tall animatronic, it is not as easy as fixing one of the child animatronics on “it’s a small world.”

“You have to understand, it’s a giant, complicated machine sitting on top of like, a 46-foot-tall tower in the middle of a finished building. So, it’s really hard to fix, but we are working on it, and we continue to work on it. We have tried several things — none of them quite get to the key turning of the 40-foot tower inside of a finished building — but we are working on it. I personally kind of bulldog this one in a way that doesn’t always make me popular, but, I will fix the yeti someday, I swear.”

Rohde then followed up his response in 2020, explaining:

These guys did not ignore something or botch it. Innovation is like physical exploration of unknown spaces. There is stuff out there that you didn’t know, and you only encounter it by exploration. But then….there it is”

Joe Rohde’s last day as an Imagineer will be on January 4, 2021. There is still no word if the Yeti will ever be repaired.

Do you think the Yeti will ever be fixed? Why or why not? Let us know in the comments!