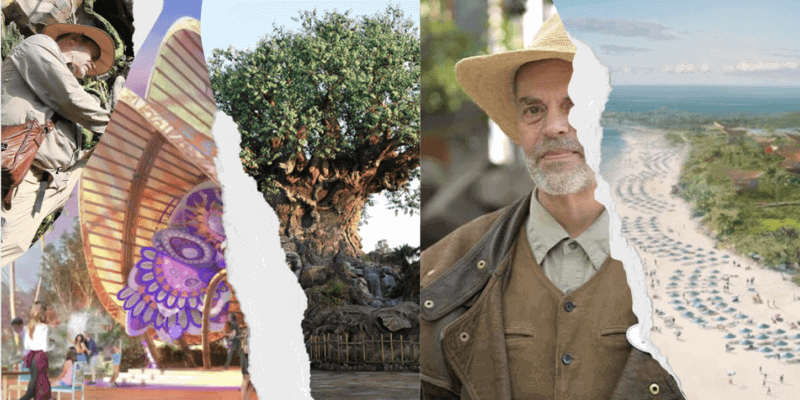 If you’re a Disney Parks fan, you probably already have at least a basic understanding of what Imagineer Joe Rohde’s unexpected retirement means for future projects.

Rohde, the mind behind amazing Disney feats like Disney’s Animal Kingdom at Walt Disney World Resort and Aulani, A Disney Resort and Spa in Ko’Olina, Oahu, Hawaii, is beloved by many Disney fans — fans who have now been left wondering, “What next?”

“…40 years is a long time, and this strange quiet time seems like a great opportunity to slip away without too much disruption. If I wait, I will once again be in the middle of another huge project and by the time that is done, I would be truly old. I’m not that old yet and there are things I want to do that cannot be done here.”

For those who closely follow Disney projects, it’s difficult to fathom Walt Disney Imagineering without Joe Rohde. He has, after all, played an integral role in the direction of Disney Parks and Resorts for over four decades.

Here, we take a look at what could happen now that Rohde has announced he’s leaving Disney behind.

Lighthouse Point may not happen — or may not be the same.

Rohde was helming the project, which has been postponed — like so many other Disney construction jobs — as a direct result of the ongoing pandemic.

The iconic Imagineer’s retirement announcement could portend the end of the Lighthouse Point project — which has previously met with some environmental concerns — though Disney has yet to officially comment on the status of the Disney Cruise Line port recently.

“The Lighthouse Point site is so beautiful and so full of nature that we want to preserve this and use our designs to call attention to the extraordinary quality of the place itself – a place of natural beauty with a rich and fascinating cultural tradition,” Rohde said. “We will be directly involved in conservation efforts to preserve and protect the environment that creates this beauty, and we will be working with artists of every kind, much like we did with Aulani in Hawaii, to create a unique destination that is rooted in Bahamian culture and imbued with Disney magic.”

The fact that Disney is putting so many projects on hold because of the 2020 pandemic coupled with Rohde’s retirement may not mean good things for Disney Cruise Line lovers who were looking forward to Lighthouse Point.

While we do, of course, have to wait on official word from The Walt Disney Company regarding whether or not plans for the project have been scrapped, Rohde leaving will undoubtedly change the overall aesthetic and attention to detail on the private island no matter what.

Will Rohde decide to come out of retirement for the project?

It’s not all bad news, though. Many fans suspect there is a chance that — if Disney continues with Lighthouse Point, which could potentially be a stop on the upcoming Disney Wish and other Triton Class cruise ships — Joe Rohde could actually return to complete the contract.

There is a precedent for this. Famed Imagineer Tony Baxter retired in 2013, but has come back to serve as an adviser for the Splash Mountain Princess and the Frog re-theme. Baxter was the original lead Imagineer on the ride in the 1980s.

This actually seems like a more plausible scenario due to the pandemic. As of today, Disney Cruise Line has already canceled cruises into March 2021 and has delayed the maiden voyages of two of its three new ships to 2024 and 2025.

This means that Rohde may not be needed for Lighthouse Point for at least a couple of years if, in fact, the development of the second Disney private island is continuing. By that point, he may be ready to consult.

Rohde’s passion for creating incredible, immersive experiences for Guests is unrivaled and it is difficult to know the true impact his departure will have on Imagineering.

Fortunately, the creative minds at Disney are always primed for innovation and, while nobody can take Joe Rohde’s place, there will undoubtedly be other Imagineers who step-up to help with future Disney theme park projects and Resorts around the world.

The entire ITM team wishes Joe Rohde the best in his future endeavors — and will miss all of his hard work behind-the-scenes at Disney! We look forward to hearing more news about his plans following his official retirement in January.

What are your thoughts on Joe Rohde’s retirement? How do you think Disney Imagineering will change without him?