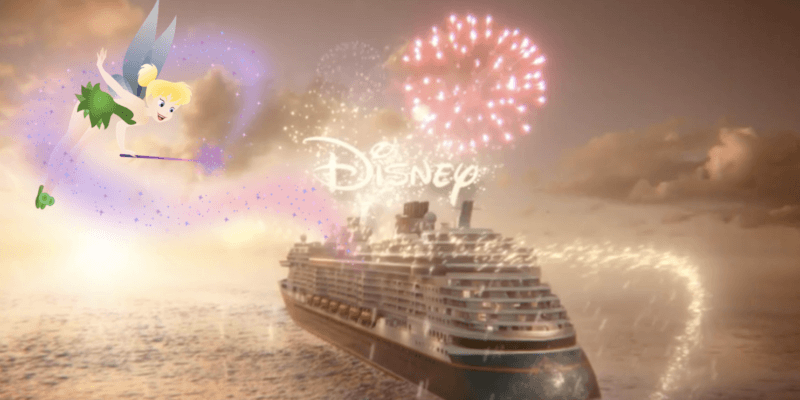 This has been one of the most difficult years the cruise industry has ever seen. As the pandemic raged in nations around the world, domestic cruise ships in the United States were been forced to completely shut down due to the CDC’s “No-Sail Order.”

In a somewhat unexpected move, the CDC recently lifted the Order, giving cruise operators a path to return to sailing. The road ahead, however, is not necessarily an easy one. Disney Cruise Line — as well as other cruise brands — will have to go through a variety of steps, described by Walt Disney Company CEO Bob Chapek as “high hurdles” to get back on the high seas anytime soon.

Amid these challenges, however, there is extremely good news for Disney Cruise Line fans!

Although we already knew that Disney still intended to add all three new Triton Class ships to its Disney Cruise Line fleet — the first Triton ship, the Disney Wish, will take its maiden voyage in Summer 2022 — Disney officials confirmed the maiden voyage dates for both of the Wish’s sister ships on today’s Q4 earnings call.

According to Mr. Chapek:

“We’re anticipating delivering our first new ship, the Wish in the summer of ’22 and then we have our next two ships in ’24 and ’25. And, so, after a slight delay of roughly six months on those, we think that we’re going to be able to bring them into service.

We hope and expect that the world will be back to normal by then and anticipate the having a fine time trying to fill up the demand of those ships.”

The CEO sees the return of the cruise business as “the light at the end of the tunnel.”

If you have been anxiously awaiting news of Disney’s sixth and seventh cruise ships, we now know that they will be setting sail in 2024 and 2025! This is very exciting — and, hopefully, additional details about the ships are released soon now that coronavirus construction delays have been resolved.

Details regarding the names of the two upcoming Disney Wish sister ships have not been confirmed.

Let the expert team at Academy Travel help you plan your next magical Disney Cruise Line vacation. Whether you want to board the Dream to the Bahamas and Disney’s private island Castaway Cay or an Alaskan adventure on the Wonder is calling your name, they can help you every step of the way.