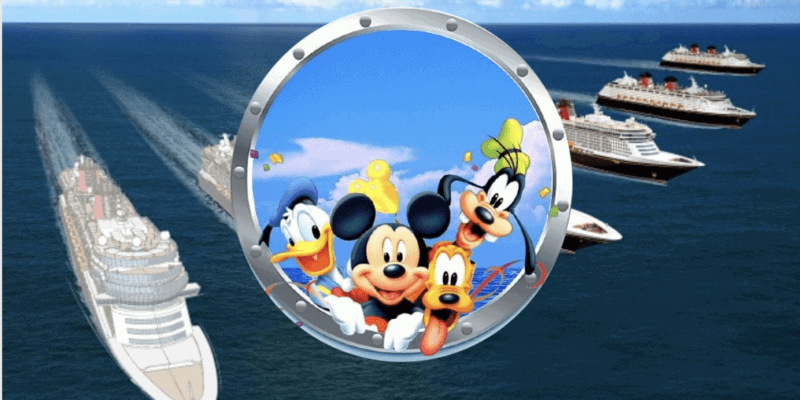 At the 2016 and 2017 D23 Expo events in Anaheim, California, The Walt Disney Company announced the addition of three new cruise ships to the Disney Cruise Line fleet. All three vessels will be part of the cruise line’s brand new Triton class and are planned to be slightly larger than the existing Disney Dream and Disney Fantasy.

Details about the first of the ships — the upcoming Disney Wish — were shared at the 2019 D23 Expo, where then-Chairman of Parks, Experiences, and Products Bob Chapek (now Disney CEO) stated:

“There couldn’t be a better name for our incredible new ship because making wishes come true is part of the Disney DNA and is at the heart of so many of our cherished stories.”

Not even a year after this announcement, the coronavirus pandemic hit, derailing nearly all of The Walt Disney Company’s plans for the near future. Construction of the Disney Wish was delayed and details about its maiden voyage in Summer 2022 were just announced last week.

This led to concerns about the other two, as yet unnamed, ships slated to be added to the Disney Cruise line family.

DCL Maritime LLC (a related legal entity) has credit facilities to finance three new cruise ships, which were originally scheduled to be delivered in calendar 2021, 2022 and 2023. The impact of COVID-19 on the shipyard has resulted in a delay to the delivery of the cruise ships.

The fact that this annual fiscal report refers to a delay in the delivery of all three vessels indicates that there are still plans for the entire trio of Triton class cruise ships to join the Disney Dream, the Disney Fantasy, the Disney Magic, and the Disney Wonder — this will bring the Disney Cruise Line fleet to an impressive total of seven ships.

Since the Disney Wish was delayed until 2022, it serves to reason that the other two new ships can be expected in 2023 and 2024 at this point. However, Disney has not yet made any official announcements regarding this.

Historically, major Disney Cruise Line ship announcements have been made at the D23 Expo, which has been moved to 2022 in Anaheim.

At this time, we know that two of Disney’s new ships will be based at their recently remodeled Port Canaveral terminal. Plans for the seventh ship’s location have not yet been announced.

Are you excited that all three new Disney Cruise Line ships will still be joining the fleet?

Want to set sail with Mickey and Minnie? The experts at Academy Travel can help you plan a Disney cruise vacation to anywhere on earth — from Disney’s private island Castaway Cay in the Bahamas to the Last Frontier in Alaska. Contact them today to discover all of DCL’s itineraries and begin planning your vacation.