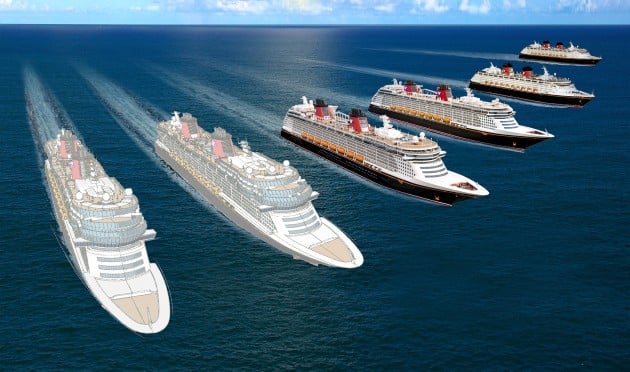 Castaway Club members, you’re in luck. Disney Cruise Line is building three new ships, and we just learned that two of the three will be based in Port Canaveral, FL, just a quick drive away from Walt Disney World Resort.

This decision comes as part of a 20-year operating agreement between Disney Cruise Line and Port Canaveral. Right now, two of Disney’s four operating cruise ships are based in Port Canaveral: the Dream and the Fantasy, the two largest ships in Disney Cruise Line’s current four-ship fleet. Since the deal requires Disney to based at least three cruise ships at this Florida port, why not two more?

“It’s a very big deal,” said Port Canaveral Chief Executive Officer John Murray, who estimates that Disney’s expansion to three ships at Port Canaveral will generate approximately $6 million a year in additional revenue for the port. “This is great news for the port.”

As we previously reported, Disney is currently constructing three more cruise ships to add to its fleet, all of which will be bigger (and presumably even more magical) than the current ships. The three massive new ships are estimated to be completed in 2021, 2022, and 2023, respectively, and with new ships comes even more cruises available, including dozens of more opportunities to cruise out of Port Canaveral. Disney Cruise Line currently guarantees 150 cruises per year out of Port Canaveral, but under this deal, the cruise line will be increasing that number to 180 cruises per year in 2023 and then to 216 cruises per year in 2024.

The new ships (which are currently unnamed) being added to Port Canaveral in the next few years will follow similar itineraries to the ships currently based there. If you’re a fan of Disney Cruise Line and a member of the Castaway Club, you know what that means: even more opportunities to visit Castaway Cay, Disney’s private island in the Bahamas. We don’t know about you, but anytime we hear of a new opportunity to visit Castaway Cay, we can’t get enough. Looks like we’ll be booking a trip aboard one of Disney’s new cruise ships as soon as reservations open!

Where do you want to sail aboard Disney Cruise Line? Let us know in the comments!