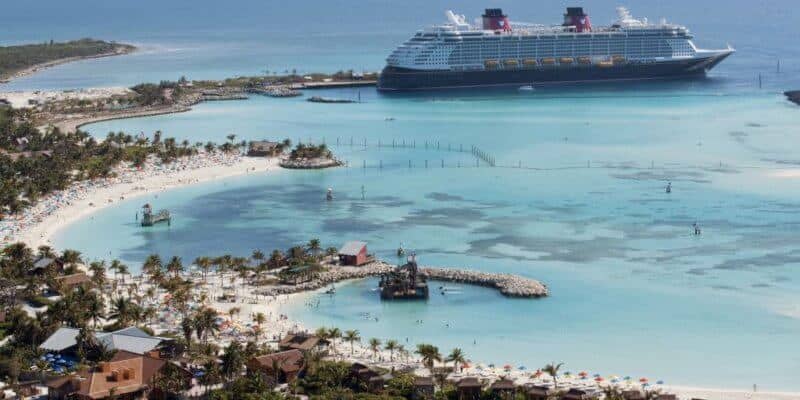 It’s official, the second Disney tropical getaway island in the Bahamas is now underway as the government of the Bahamas has allowed Disney to purchase Lighthouse Point, a property from Meritage Hospitality Group, which will serve as a new port for the cruise line.

According to The Eleuthera Newspaper, this past Saturday evening, the Prime Minister Hubert Minnis spoke at a town meeting in Tarpum Bay, where he spoke with local residents about the signing of a Heads of Agreement with Disney Cruise Line for their new port project, which will serve as an “entertainment facility,” in the Bahamas.

The project, which includes an investment by Disney of anywhere between $250 – $400 million dollars, involves the acquisition of approximately 190 acres. When complete, the new land will serve as an entertainment destination for the Disney Cruise Line ships, similar to that of Castaway Cay.

As part of the purchase, Disney has agreed to donate the southernmost point of the property to the government of the Bahamas, which will be used for conservation and a national park. The appraised value of this single part of the land is $6.29 million.

The Eleuthera Newspaper reports that core elements of the project will include low-density development and sustainable design, public access and economic opportunities for Bahamian locals.

As per the agreement, Disney Cruise Line will employ a minimum of 120 Bahamians during the construction of the project. Additionally, the company has committed to aiming for an overall ratio of 80 percent Bahamian workers to 20 percent non-Bahamian workers during the life of the construction phase of the project. The company will also go on to create as many as 150 permanent, sustainable jobs with health benefits in a range of positions for Bahamians once construction is completed.

In The Eluthera Newspaper’s report, they also stated that DCL will partner with agencies to develop training and professional development programs, including LIM Maritime Academy, Access Accelerator and the Hospitality Institute of the University of The Bahamas.

The agreement for the purchase of this land also states that Disney must provide space for Bahamian vendors on the property for the sale of authentic, high quality Bahamian retail goods, services, souvenirs, arts and crafts, Bahamian T-shirts and other merchandise.

Disney must also give priority to Bahamian owners and operators to provide port adventures for DCL guests while its ships are in port, and will seek to use Bahamian entertainers.

Construction of the project will not begin until the Environmental Impact Assessment and Environmental Management Plan are reviewed and approved.

In a statement in reference to the purchase, Prime Minster Minnis said, “The government of the Bahamas is satisfied that it made the best decision in the interest of the Bahamian people, a sustainable future for the people of Central and South Eleuthera and the economic development of the country.”

Are you excited for a new Bahamian island destination for Disney Cruise Line? Let us know in the comments below!