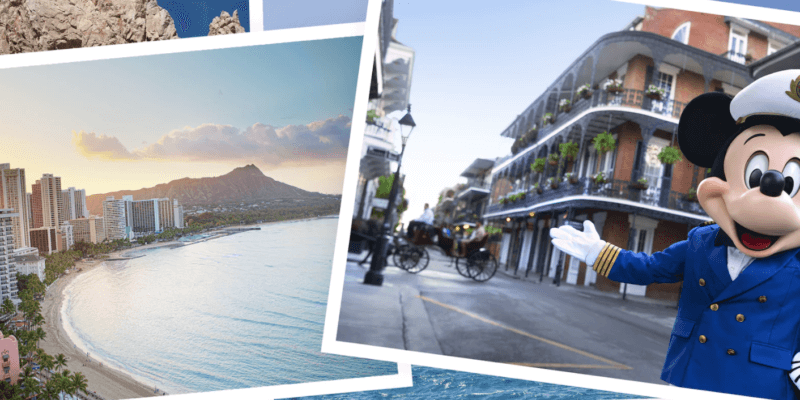 Disney Cruise Line has been in the news frequently over the past week or so. First, Walt Disney Company officials announced that the maiden voyage of the all-new Disney Wish will take place in Summer 2022, then they shared that Disney Cruise vacationers can expect fleet-wide stateroom category changes for upcoming sailings.

[tickets went] on sale today for Platinum Castaway Club members as well as residents of Disney’s Golden Oak. Sailings began to appear online well before the 6 o’clock hour, but some of the concierge rooms remained unavailable until later, just before the phone lines opened at 8:00 AM Eastern.

According to Disney Cruise Line’s official website, early 2022 itineraries include a return to Hawaii, the Caribbean, the Bahamas — with a stop on Disney’s private island Castaway Cay — Baja, the Pacific Coast, and the Panama Canal.

According to this screenshot from Disney Cruise Line Blog’s report, sailings on the Disney Dream, the Disney Fantasy, the Disney Magic, and the Disney Wonder are currently scheduled through May 2022.

A sample of prices for staterooms — based on double-occupancy for two adults — can be seen below. It is worth noting that prices are subject to change, particularly as stateroom categories sell out and overall availability is reduced.

At this time, Disney Cruise Line is expected to relaunch its fleet at approximately 70% capacity.

Disney Magic sailings begin at $1,749 for a 3-night Bahamian cruises out of the Port of Miami and $1,674 for 4-night sailings also out of Miami.

The Disney Dream’s pricing begins at $1,509 for a 3-night Bahamian cruise from Port Canaveral.

Additional details about 2022 Disney Cruise Line pricing are available to Castaway Club Platinum members online. Staterooms will be available to the general public on October 22 — this Thursday.

Are you planning to book a 2022 Disney Cruise itinerary?

Let the experts at Academy Travel help you plan your magical high seas journey with Disney!