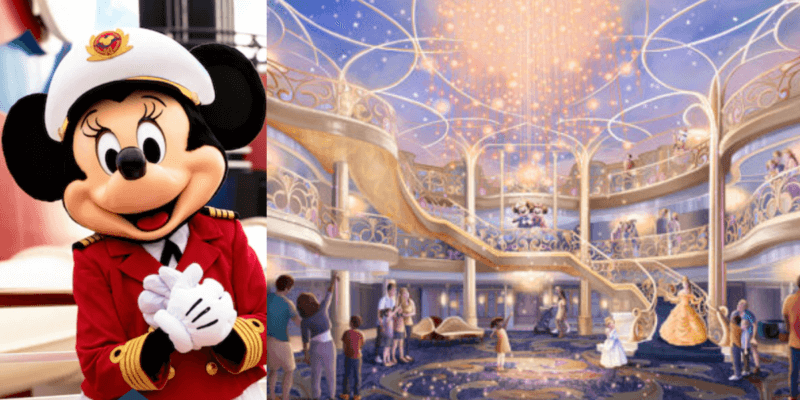 The cruise industry is in serious trouble. But, Disney Cruise Line’s board of directors has made it clear that their fleet is not going anywhere.

Under its official company name, Magical Cruise Company, Ltd., Disney’s cruise line recently filed an annual strategic report on September 23, 2020, harking back to its 2019 fiscal year and where they plan to go moving forward, and it is thanks to an incredible fiscal year in 2019.

“The Company’s profit for the financial year is $406,170,000 (2018: $405,197,000). The Directors consider the results for the year and the financial condition of the Company at the end of the year to be satisfactory and look forward to the future with optimism.”

Disney Cruise Line’s 2019 fiscal year ended on September 23, 2019. Just three months before the coronavirus began to spread and take its toll, and six months before the World Health Organization deemed it a pandemic. It should be noted that the $406 million profits were on $1.6 billion in overall revenue.

Related: Details About the Changes to Disney Cruise Line Staterooms

While there has been an increase in cancellations–as it is uncertain when cruising will recommence–Disney Cruise Line has been able to offset that loss through its reduction in operational expenses, including operational labor such as crews, port fees, and maintenance.

Looking at these statistics, it is likely that Disney Cruise Line will record its first loss since 2012.

The Directors also “have assessed COVID-19 as a non-adjusting post balance sheet event. It is believed that the long-lived assets of the Company have longer term prospects for sustained performance relative to the uncertain duration of the effects of the pandemic. Therefore, it was concluded that it was premature to consider any of these assets for impairment.”

In other words, Disney Cruise Line is still worth more alive and operating than dead and scrapped at this time.

Disney Cruise Line is also included under Disney Parks, Experiences, and Products division, and the report mentions its risks and uncertainties have been integrated into those of The Walt Disney Company as a whole.

Those individual risks include:

The earliest Disney Cruise still scheduled is not until December 2020, and the board of directors is approaching these uncertain times with a day-by-day approach:

“As the situation continues to evolve, the Directors continue to monitor closely by way of ongoing risk assessments and revised projections for the business.”

You can read the full 2019 financial report here.

Disney Cruise Line has kept its eyes on the future on a positive note as well, releasing the sailing itineraries for 2022, as well as going forward with completing its newest ship, the Disney Wish, as well as the other two still-unnamed Triton-Class ships that are scheduled to be built next.

Do you think Disney Cruise Line can survive these uncertain times? Let us know in the comments!

Comments Off on Disney Officials Optimistic About Return of Cruise Industry