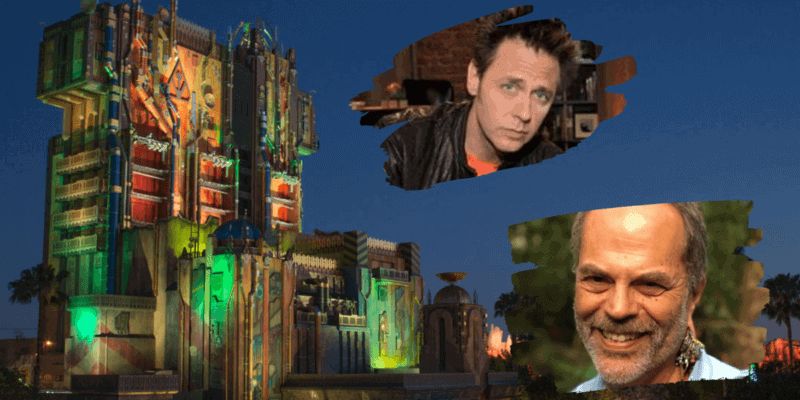 Walt Disney Imagineering genius Joe Rohde announced his retirement just a few days ago, and his fans and colleagues quickly took to social media to share their love for the Disney Parks legend. Among those who have given thanks to Rohde is James Gunn, Guardians of the Galaxy director who worked alongside Rohde on a Guest-favorite Disney attraction.

Gunn took to Twitter to share a heartfelt message to Rohde. He said, “Joe Rohde is a wonderful man and it was a true honor working with this whirlwind of an imaginative Imagineer. May the road rise up to meet you, my friend!”

Joe Rohde is a wonderful man and it was a true honor working with this whirlwind of an imaginative Imagineer. May the road rise up to meet you, my friend! @Joe_Rohde ?❤️? https://t.co/nhsQIfcJiH

During his 40-year career at Walt Disney Imagineering, Joe Rohde worked on the retheme of The Twilight Zone Tower of Terror at Disney California Adventure Park at Disneyland Resort. The attraction was a staple at the theme park for some time, but a few years back it was announced that it would be rethemed to a Guardians of the Galaxy attraction. Though this decision was controversial, it led to an epic attraction that feels like an entirely new experience every time you ride it.

Rohde spoke about working on the attraction — and Gunn — back in 2017.

“In order to really believe they are the Guardians, you really do have to have the same directorial attitude about body movement, vocal performance, everything. That’s hard to substitute,” said Rohde. “It’s almost like an artist’s hand in a painting. You’ve got to have these people in there so that it really has that hand. So the action you see, the performance you see, all of that goes back to Gunn and his way of working with the cast to get the Guardians to be the Guardians.”

And, of course, Rohde’s influence on Guardians of the Galaxy: Mission BREAKOUT! paved the way for Avengers Campus, the all-new Marvel-themed land coming to Disney California Adventure Park and other Disney Parks around the world. Mission BREAKOUT! is just as much a staple of DCA as Tower of Terror was — and it’s clear that it will be an integral part of Avengers Campus, too.

Joe Rohde is responsible for so many other magical experiences at Disney Parks and Resorts worldwide — from Pandora – The World of Avatar at Disney’s Animal Kingdom to Aulani, A Disney Resort & Spa and so many more. To read more about his work and what’s next for him, click here.

What was your reaction to the news of Joe Rohde retiring from Walt Disney Imagineering? Let us know in the comments.