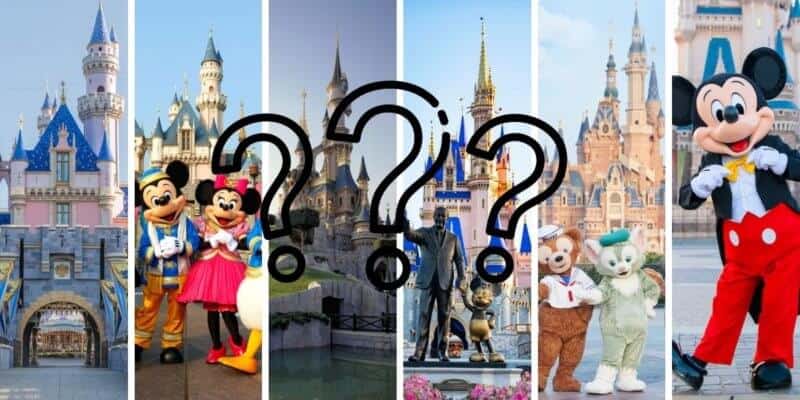 Due to the coronavirus pandemic, Disney Parks around the world were forced to shut down in early 2020, and even though some of them have reopened since (with others already reopening and reclosing and with one yet to reopen at all), it has been nearly a whole year since all six Disney Parks were all open at the same time.

Currently, three Disney Parks are open and operating (Shanghai Disney, Walt Disney World Resort, and Tokyo Disney, while two others had to re-close (Hong Kong Disneyland and Disneyland Paris) and one (Disneyland) has yet to reopen since this all began. But with so much constantly changing in the world due to the ongoing pandemic, many are wondering when all six of the Disney Parks will be open again (at the same time).

Which Disney Parks Are Currently Open?

At the time of publication, there are three Disney Parks currently open and operating, all of which have their own safety and health protocols put into place.

Below are our articles detailing the closure and reopening of Shanghai Disneyland:

Below are our articles detailing the closure and reopening of the Walt Disney World Resort theme parks — Including Magic Kingdom, Disney’s Hollywood Studios, Disney’s Animal Kingdom, EPCOT, and even Disney Springs:

Below are our articles detailing the closure and reopening of Tokyo Disneyland:

Which Disney Parks Are Currently Closed?

At the time of publication, there are three Disney Parks currently not operating, despite some of them already reopening their theme parks but then being forced to re-close.

Hong Kong Disneyland has recently reclosed in light of a rise in COVID-19 cases in the area. This is the third time that Hong Kong Disney has had to close during the pandemic.

Here is a complete breakdown of dates to know about the operating status of Hong Kong Disney Resort:

And, Disneyland Paris has also closed for a second time due to restrictions set by the government due to rising coronavirus cases. They initially had planned to reopen in February 2021 but just recently they announced a delay in their plans.

Here is a complete breakdown of dates pertaining to the closure, reopening, and re-closure of Disneyland Paris:

Despite being prepared to reopen since July 2020, the theme parks in Disneyland Resort in California remain closed due to the state protocols and regulations.

Which Disney Parks Could Reopen Soon?

With Disneyland Paris already having a reopening date, despite having to push it back a few months due to the conditions in Paris at the moment, the theme park still has an idea and a plan set in place — meaning they are ready to reopen whenever the country allows.

As of the time of publication, Disneyland Paris is set to reopen on April 2, 2021.

Which Disney Parks May Not Reopen For A While?

Hong Kong is currently in its “fourth wave” of the COVID-19 pandemic. Though for part of December and January the number of daily cases decreased, as of January 12, they started to slowly start increasing again — therefore, we are unsure at this time when the theme parks will be able to reopen safely.

Back in October, California Health and Human Services Secretary Dr. Mark Ghaly stated that theme parks, including the larger ones such as Disneyland and Universal Studios Hollywood, can resume operations once in Tier 4 (Yellow/Minimal) under a limited capacity of 25%.

So how does a country meet the criteria for Tier 4? Well, according to the Official California State Government Website, less than one daily case (per 100,000) as well as less than 2.0% positive tests must be recorded. (See below).

It seems as though it may be a while before we once again see Sleeping Beauty Castle inside Disneyland Park as according to the New York Times, there has been a huge spike in Orange County (where Disneyland is located) ever since mid-November. Though the cases are slowly starting to decrease, it still isn’t where it needs to be in order for Disneyland to reopen (see below). Southern California is also still under a regional stay-at-home order due to hospital ICUs hitting capacity.

If you are looking to book a Disney vacation to one of the Disney Parks around the world, but need help planning then don’t hesitate to reach out to our friends at Academy Travel. They will be with you every step of the way when planning your magical vacation. Get started here!

Inside the Magic will continue to update you as we get information regarding the reopening of the Disney Parks and Resorts all around the world.

Comments Off on When Will ALL of the Disney Parks Be Open Again?