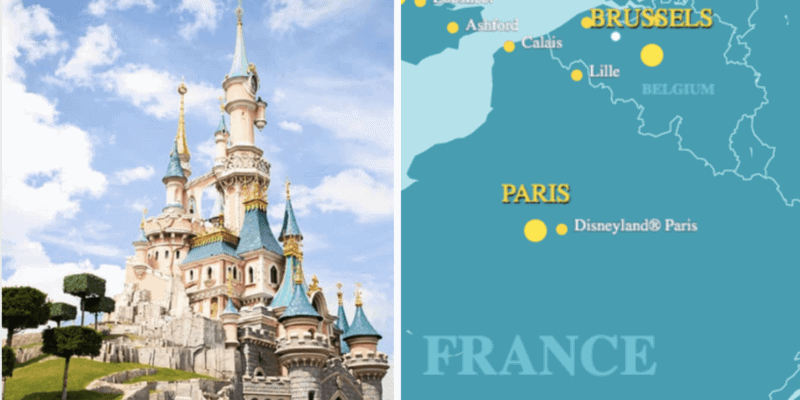 Disneyland Paris — which reopened on July 15, 2020 following its first coronavirus closure — closed for a second time in October, with an anticipated reopening date of February 13, 2021. Now, this date has been pushed back as COVID-19 cases continue to surge in France.

Due to the prevailing conditions in Europe, Disneyland Paris will not reopen on the 13th of February as initially planned. If you have a booking with us during the closing period, please check our website for our latest commercial conditions.

If conditions permit, we will reopen Disneyland Paris on the 2nd of April 2021 and will welcome reservations from that date forward. Given the current context our plans continue to evolve, but please know that we will make every effort to share with you any updates as soon as it is possible.

Please check back on the website for regular updates. We thank you for your continued loyalty and understanding during this difficult period.

A post shared by Where Magic Gets Real ✨ (@disneylandparis)

This is an unfortunate situation for Guests who had been planning early 2021 trips to Disneyland Park and Walt Disney Studios Park, but the decision is understandable given the ongoing pandemic. There has been no official word on whether Disney Village restaurants and shops could reopen before the two theme parks.

Disneyland Paris Guests, in particular, however, may have more to worry about than the continued theme park closure. Eurostar — the popular high-speed train that is used by many European Disney Park visitors — is facing massive financial problems at this time.

This could severely impact how European travelers — and even Americans visiting other parts of Europe and planning Disneyland Paris day-trips — get to Europe’s only Disney property.

According to a recent report by the Financial Times:

Christophe Fanichet, head of SNCF Voyageurs, told French transport correspondents last week that Eurostar was in a “very critical” situation. He said part of the problem was that the company was seen in the UK as a French business that was not supported by the British, and in France as a UK-based business not aided by the French. The company was negotiating for UK loans, as well as a possible recapitalisation by shareholders.

The UK government sold its 40 per cent stake in Eurostar for £757m before the general election in 2015 as it sought to pay off debts. At the time, dividend payments to the government were projected to exceed £700m over the next 10 years, according to the National Audit Office.

The UK’s Department for Transport said: “The government has been engaging extensively with Eurostar on a regular basis since the beginning of the outbreak. We will continue to work closely with them as we support the safe restart and recovery of international travel.”

Currently, no official details about how Eurostar will survive — or if the company will receive its request bailout — have been released. Should Eurostar fail to make it through the pandemic, though, Disneyland Paris Guests could be seriously impacted, as their primary railway transit option from England and Brussels would be gone.

Although the service is temporarily suspended due to the pandemic, Eurostar’s website confirms that they do typically offer “Disneyland Paris Breaks,” so their connection to the theme park is very real for travelers.

What do you think about Disneyland Paris staying closed into the spring? Have you ever traveled using Eurostar?