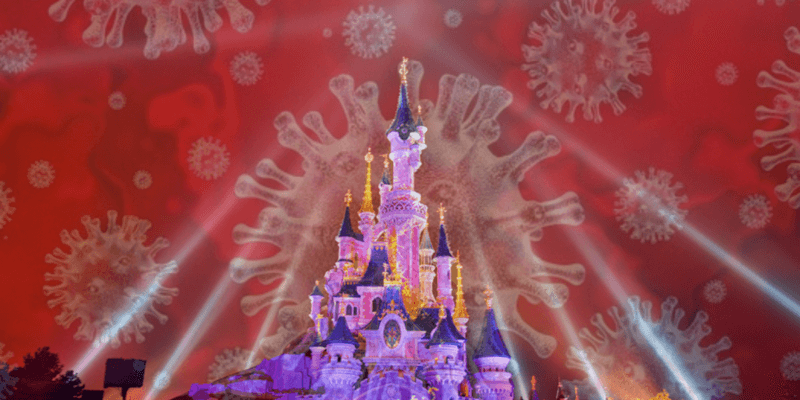 It appears that Europe is being hit with another wave of coronavirus cases. As cases spike across the continent, it appears that France is becoming the new “epicenter,” and we at Inside the Magic are beginning to wonder what this means for Disneyland Paris.

The Wall Street Journal, who labels France as the new epicenter, reports,

On Tuesday, health authorities reported 523 new deaths, including 235 in nursing homes and other government facilities, the highest total death toll since April.”

French President Emanuel Macron met with government officials Tuesday and Wednesday and is expected to address the French people with new measures this evening. The new protocols are speculated to include earlier curfews and reinstated lockdowns.

“We have been running after the virus for weeks. We should have taken stronger measures earlier,” says Dr. Eric Caumes, who heads the infectious and tropical-disease department at the Pitié-Salpêtrière University Hospital in Paris. “Now we no longer have a choice. The country needs to go back into lockdown,”

While no extended measures have been officially announced at this time, it is quite possible that we could see Disneyland Paris close a second time if Macron decides to place the country in another Draconian lockdown.

Since reopening in the summer at the same time as Walt Disney World, Disneyland Paris has been affected by the government’s reaction to the gradual increase of pandemic cases. After shortening the operating hours of its theme parks, Parc Disneyland and Walt Disney Studios Park, Disneyland Paris also had to shorten the hours of its shopping and dining center, Disney Village, after Macron instituted a new curfew which begins at 9 pm.

If a complete lockdown is reinstated, Disneyland Paris would become the second Disney resort to experience a second government-mandated shutdown. After being reopened for only 27 days, Hong Kong Disneyland closed once again for an extra 73 days. The Hong Kong Disney theme park was allowed to reopen again on September 28 and has remained open since then.

President Macron is expected to address the French people this evening. We at Inside the Magic will update our readers on any news affecting the operations of Disneyland Paris.

Comments Off on As Cases Rise in France, Will Disneyland Paris Close Again?