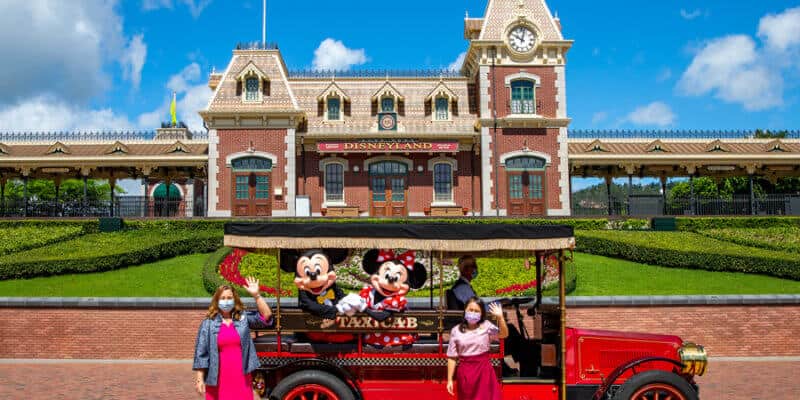 Disney announced today that Hong Kong Disneyland will be temporarily closing its gates once again due to an increase in COVID-19 cases. But what does that mean for the reopening of Walt Disney World Resort and Disneyland Resort? Here’s what we know so far.

Fans are also wondering if Disney will decide to re-close the gates of the Disney World theme parks, too. Hong Kong Disneyland is closing after an increase of 52 new COVID-19 cases in the city as of July 13.

On the flip side in the U.S., the state of Florida shattered the U.S. record and saw over 15,000 new COVID-19 cases in a single day over the weekend. Still, the reopening of the Disney World parks is still underway, with Magic Kingdom and Disney’s Animal Kingdom already open and EPCOT and Disney’s Hollywood Studios reopening on Wednesday.

As far as Florida goes, Disney has not given any indication that Walt Disney World will re-close. CNN’s Frank Pallotta even directly asked Josh D’Amaro — Chairman of Disney Parks, Experiences, and Products — if the company would consider re-closing Disney World.

“Well, first, what I’m focused on right now is getting the park open, which I’m really proud of and, again, seeing the guests come in this morning,” D’Amaro said on Saturday. “We built our operation, so we can flex. And so, we’ll flex with what’s happening on the outside from, again, controlled attendance to training our cast members to kind of watch the motions inside of the park.”

In an afternoon update, the Mayor of Orange County, Florida, on the other hand, was very transparent when asked about the possibility of Disney World re-closing.

“If we see where again the indications would be that we are exceeding hospital capacity and if there are any outbreaks associated with Disney, we won’t hesitate to ask Disney to reevaluate the reopening,” OC Mayor Jerry Demings said.

Demings asked about Hong Kong Disneyland closing and whether the county would ask Disney World to do the same. Demings said if county exceeds hospital capacity and if any outbreaks are associated w/ Disney, the county "won't hesitate to ask Disney to reevaluate the reopening." pic.twitter.com/LFxutZBq6u

We’ll update Inside the Magic as more information about the reopening of the Disney Parks becomes available. We hope everyone continues to stay safe and healthy during this time. If you plan to visit the Disney Parks around the world, we hope you abide by health and safety protocol and have a magical trip.