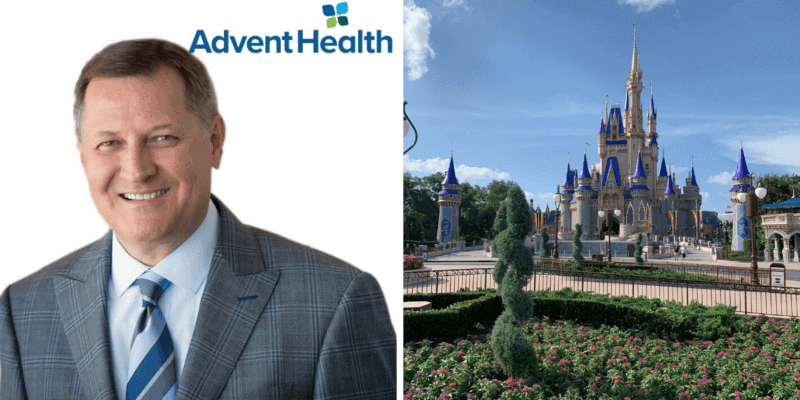 AdventHealth CEO Terry Shaw appeared on CBS’s Face the Nation to speak regarding the spread of the COVID-19 throughout the state of Florida. But during the interview, he shared his confidence about Walt Disney World reopening as thousands of positive cases continue to pour in by the day.

AdventHealth partners with Walt Disney World Resort on First Aid throughout the theme parks and Disney property. They are also the ones who have been providing temperature checks for all Guests.

According to the Orlando Sentinel, Shaw says that Florida will reach its peak hospitalizations “sometime in front of us in July,” assuming that people continue to practice social distancing and wear masks to slow the spread.

AdventHealth has been working closely with Walt Disney World in Orange County, Florida advising on the mega-resort’s reopening procedures despite the continued rise in cases throughout the state. Shaw also expressed his utmost confidence in Disney’s approach, saying he would not hesitate to go back himself.

“As a health-care provider, my job is to help people do things safety,” Shaw said. “I will tell you, based upon the way Disney is approaching this with limiting people in doing all the screenings that they’re doing, I personally am a Disney season ticket holder, and I wouldn’t hesitate to go to Disney as a health-care CEO based on the fact that they’re working extremely hard to keep people safe.”

“Our length of stay in our ICU for COVID patients has dropped in half. The number of people coming in to our hospital with COVID that need a ventilator, we’ve also been able to cut that in half. And because of those things, our death rate has also been cut in half [since the beginning of the pandemic],” he said.

With guidance from AdventHealth, Walt Disney World has reopened its resort hotels and two of its theme parks, Magic Kingdom and Disney’s Animal Kingdom so far, with EPCOT and Disney’s Hollywood Studios reopening on July 15.

Among the new protocols, Guests must undergo temperature screenings before being allowed to enter the parks as well as wear an appropriate face covering at all times and maintain social distancing. Capacities for attractions, shops, and restaurants have been diminished and the use of virtual queues has been increased to prevent Guests congregating in one area.

What do you think about Shaw’s statements? Do you feel any sense of relief? Let us know in the comments!

Comments Off on AdventHealth CEO Shares Thoughts on Visiting WDW